Today, Whirlpool Corporation announced it will continue its longtime relationship with Habitat for Humanity through 2018. This marks the 19th year the appliance manufacturer and nonprofit organization collaboration to support families in need of affordable housing, with Whirlpool Corporation committing to providing a new range and refrigerator for every new Habitat home built in the U.S. and Canada.

“Over the years, this relationship has only grown stronger, and we’re eager to continue working with Habitat for Humanity in 2018,” said Jeff Noel, corporate vice president of communications & public affairs for Whirlpool Corporation. “Whirlpool Corporation is committed to improving people’s everyday lives, and through our work with Habitat, we’re able to make a positive impact in communities throughout the U.S. and around the world.”

Whirlpool Corporation will participate in Habitat for Humanity’s Jimmy & Rosalynn Carter Work Project. This year’s build, which will take place Aug. 26 – 31, will engage hundreds of volunteers constructing 30 homes in Mishawaka and South Bend Indiana alongside President and Mrs. Carter. Whirlpool Corporation will also join the Kelley School of Business at Indiana University for 10 days in October as part of their ninth consecutive joint blitz build of a home in Bloomington, Indiana area. Additionally, Whirlpool Corporation will fully sponsor a home build in Benton Harbor, Michigan, as well as partially sponsored builds in cities around the U.S.

“For nearly two decades, Whirlpool Corporation’s work alongside Habitat for Humanity has provided families with appliances to make their daily routines a little easier,” said Julie Laird Davis, vice president of Corporate and Foundation Relations at Habitat for Humanity. “We are so grateful for their donations, as well as their employees’ volunteer work onsite to directly impact the lives of these families, and look forward to another successful year.” 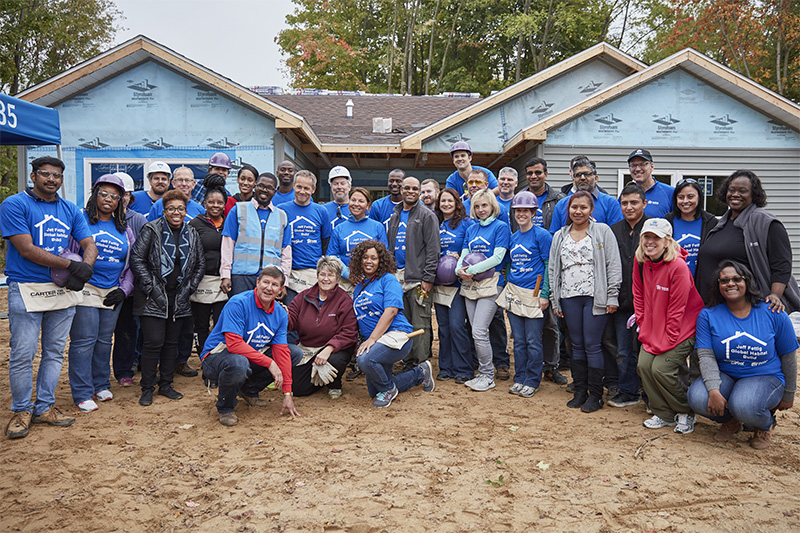 Since the collaboration began in 1999, Whirlpool corporation has committed more than $107 million to Habitat for Humanity. Today, more than 9,000 employees volunteer with Habitat each year. Whirlpool Corporation employees participate in builds where the company’s manufacturing operations, customer service and administrative offices are located, such as Tulsa, Oklahoma; Cedar Rapids, Iowa; Clyde, Ohio; Greenville, Ohio; Marion, Ohio; Findlay, Ohio; and Benton Harbor, Michigan. Build events and locations vary each year. In 2017, the company participated in its first-ever global Habitat for Humanity build that included 14 projects in eight global locations with over 200 volunteers.

About Whirlpool Corporation and Habitat for Humanity

In more than 18 years of partnership with Habitat for Humanity, Whirlpool has developed active programs in more than 45 countries with a commitment of more than $107 million. In the United States and Canada, the company has donated more than 191,000 ranges and refrigerators to new Habitat homes, serving more than 100,000 families. Additionally, Whirlpool has donated more than 42,000 products to Habitat ReStore retail outlets, helping raise nearly $5.7 million. The company has engaged thousands of employee volunteers, sponsored nearly 180 homes and donated products to more than 76,000 Habitat families Europe, Middle East and Africa. Whirlpool plans to support the work of Habitat around the world through product donations, financial contribution and/or volunteerism.

About Habitat for Humanity

Driven by the vision that everyone needs a decent place to live, Habitat for Humanity began in 1976 as a grassroots effort on a community farm in southern Georgia. The Christian housing organization has since grown to become a leading global nonprofit working in local communities across all 50 states in the U.S. and in more than 70 countries. Families and individuals in need of a hand up partner with Habitat for Humanity to build or improve a place they can call home. Habitat homeowners help build their own homes alongside volunteers and pay an affordable mortgage. Through financial support, volunteering or adding a voice to support affordable housing, everyone can help families achieve the strength, stability and self-reliance they need to build better lives for themselves. Through shelter, we empower. To learn more, visit habitat.org. 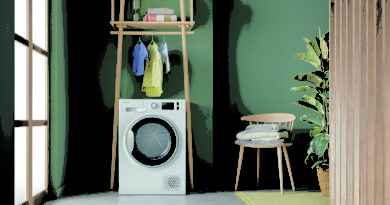 Lowe’s Teams Up with Dupont to Support Companies Making PPE

As the COVID-19 outbreak expands, the supply of personal protective equipment (PPE) continues to be stressed. In response, Lowe’s and DuPont teamed