WASHINGTON–Organized retail crime affects almost all merchants and more than two-thirds of those surveyed have seen an increase in the past year, according to the 15th annual ORC study released today by the National Retail Federation.

“Organized retail crime continues to present a serious challenge to the retail industry,” NRF Vice President of Loss Prevention Bob Moraca said. “These criminal gangs are sophisticated, but so are retail loss prevention teams. Retailers are committing more resources and constantly evolving their tactics to fight this ongoing challenge.”

The report found that 97 percent of retailers had been victimized by ORC in the past year and that 68 percent had seen an increase in ORC activity. Losses averaged $703,320 per $1 billion in sales, marking the fourth year in a row that the figure topped the $700,000 mark.

Nearly two-thirds (65 percent) of retailers said ORC is a higher priority for their companies than five years ago, while 56 percent were allocating additional technology resources to the issue and 44 percent were increasing their loss prevention budgets.

Among steps taken to fight ORC, 38 percent had changed or were planning to change return policies while 37 percent were doing the same with point-of-sale policies, 27 percent with employee screening and 24 percent with the way they handle trespassing.

Stolen merchandise is sometimes returned for store credit, usually in the form of gift cards. Those cards can then be sold for cash, and 51 percent of retailers had found them for sale on websites while 17 percent found them in pawnshops.

A number of states have increased the threshold of what constitutes a felony in recent years, allowing criminals to steal more before being subject to the stronger penalties that come with a felony. Among retailers surveyed, 51 percent had seen an increase in average ORC case values in states where that has happened.

Retailers’ efforts to fight ORC focus on more than just preventing the theft of merchandise. The survey found that 68 percent of retailers said ORC gangs had shown more aggression or violence in the past year, and many anti-ORC resources are directed toward protecting the safety of customers and employees.

The top five cities for ORC in the past year in order were Los Angeles, New York, Houston, Chicago and Miami, with a number of ties rounding out the top 10. 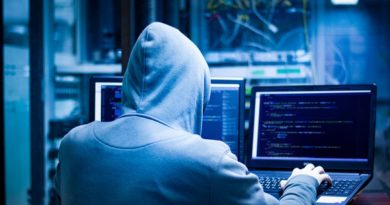