Are trade wars good or bad for the U.S. economy? The answer, depends on who you ask. Farmers that count on exports to expand their business and sell crops in the global marketplace generally believe trade wars aren’t good for the farming industry. Whereas, steel workers in Granite City, Illinois, who were previously employed at a shuttered mill that has now reopened applaud the new tariffs on steel.

However, unless people are personally impacted by tariffs on specific imports and wind up paying more or receiving less, many of us have little idea who America’s top trading partners are other than China since it dominates the news. It’s important to be informed about the economic challenges facing the nation. Trade wars in particular, can fuel emotions on both sides of the issue. So, here are a few facts that can narrow the perspective on this broad topic.

Trade Makes the World Go Around

In 2017, the dollar amount for overall global exports stood at $15.952 trillion.
The United States shipped 9.7 percent of these exports for a total of $1.547 trillion in goods and services. This country is the world’s second-largest export economy—only China exports more. U.S. exports include cars, airplanes, crops, computer equipment, refined petroleum pharmaceuticals, and more.
These exports create jobs and significantly contribute to the nation’s economic growth. Conversely, jobs can also be lost as a result of the lower cost of some imported goods and services.

In terms of U.S export sales, these ten countries ranked highest in 2017.

President Donald Trump campaigned on a promise to reduce the U.S deficit with our trading partners. In June, the Commerce Department announced that the deficit in goods and services (the gap between what the U.S, sells vs. what it buys from other countries) rose 7.3 percent to $46.3 billion. The United States had deficits of $33.5 billion with China, up 0.9 percent from May; $7.4 billion with Mexico, up 10.5 percent; and $2 billion with Canada, up 39.7 percent. As a result of these increasing deficits, the U.S. has enacted a variety of tariffs.

Trade wars have a ripple effect. The price of steel and aluminum affects how much we pay for cars, appliances, soft drinks, buildings, bridges and much more. The same holds true when the U.S. exports goods to other countries that impose a tariff on products grown or manufactured in the U.S. When you operate a business, trade wars affect everything from the cost of products you purchase for the season to the price of the gas used to operate trucks and equipment. Understanding why costs are increasing can help you make a series of adjustments that have minimal impact on your business. 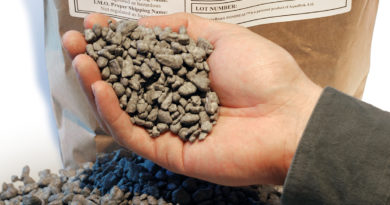 One thought on “Trade Wars: What’s the Deal”