Forty years ago, The Home Depot founders, Bernie Marcus, Arthur Blank and Ken Langone, started a company based on eight simple values. Giving back is one of the company’s values they continue to exemplify in meaningful ways. They’ve contributed billions to advance an array of causes including medical research, workforce development, veterans’ assistance, conservation and more.

Bernie Marcus
As the son of Russian Jewish immigrants, Bernie grew up poor in New Jersey during the 1940s. He credits his mother for teaching him the convictions he has to this day. “She used to say, ‘The more you give, the more you get.’” Living this lesson, Bernie was a strong supporter of the cancer research hospital City of Hope, years before The Home Depot ever existed.

The success of The Home Depot inspired him to say “thank you” to its hometown – Atlanta – by giving back. With his wife, Billi, Bernie started The Marcus Foundation to support medical research, Jewish causes, children, free enterprise and the community. He founded the Marcus Autism Center and has given millions to medical research and facilities. Bernie even donated $250 million to build the Georgia Aquarium for the people of Atlanta.

Bernie doesn’t plan to stop giving any time soon. In celebration of his 90th birthday, he held a fundraiser at the Georgia Aquarium. Donors raised more than $117 million, $20 million of that donated by his still-close friend, Arthur Blank. These donations will go to support nonprofits including the Georgia Aquarium, the Marcus Autism Center, the Marcus Stroke & Neuroscience Center at Grady Health System and the SHARE Military Initiative at the Shepherd Center.

Arthur Blank
Arthur Blank started The Arthur M. Blank Family Foundation in 1995, while he was still with The Home Depot. His goal was simple but huge – to transform the lives of youth and their families. The Arthur M. Blank Foundation invests in education, parks and greenspace, youth development, community redevelopment and the arts. The foundation also leads giving programs for each of the Blank Family of Businesses, including the Atlanta Falcons, Atlanta United, Mercedes-Benz Stadium and the PGA TOUR Superstore. Through the foundation and his family’s personal giving, Arthur has donated more than $400 million to various charitable organizations.

His 2001 acquisition of Mountain Sky Guest Ranch and 2017 purchase of West Creek Ranch expanded the Arthur M. Blank Family Foundation into Montana through affiliate AMB West Philanthropies. They’ve supported the Heroes and Horses organization for several years. “They do important work for our veterans and we’ve enjoyed a strong relationship with them to help transform veteran’s lives,” Arthur says. The program uses Montana’s remote wilderness and the human-horse relationship to challenge and inspire veterans to grow and overcome mental and physical scars.

This approach to giving back reflects that after 18 years of retirement from The Home Depot, Arthur actively lives the values he helped set for its employees.

Ken Langone
Ken Langone understands the sacrifices people make to be able to provide a better life for themselves and their families. Some go straight into the workforce; others pursue a trade or go on to earn a higher education. Ken himself dug ditches for the Long Island Expressway in order to help pay his tuition at Bucknell University in Pennsylvania.

Now, thanks to Ken’s big-heartedness, many students will start their careers on the right foot. In the spring of 2019, he donated $100 million to help make New York University’s medical school tuition-free for all students in the program. His generosity didn’t stop with his donation; Ken helped raise an additional $350 million for the program as well.

Finding and retaining meaningful jobs in the mainstream work world can be a challenge for anyone, but it’s even harder for individuals with special needs. That’s why in 1997, Ken stepped up to help create a nonprofit, now known as Ken’s Krew.

In 2008, The Home Depot Foundation granted $1 million in support over three years to expand the Ken’s Krew program.

Between the three founders, billions of dollars have been donated to improve communities and the people who live there. Bernie, Arthur and Ken embody what it means to do the right thing and take care of our people. Every day, they prove how committed they are to the values they set for The Home Depot 40 years ago. 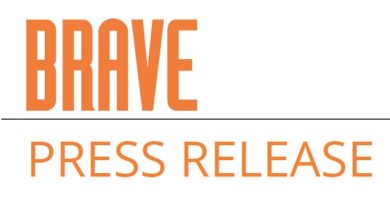 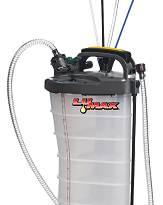