See “Non-GAAP Measures” below for a definition of, and further explanation about, organic sales and measures, as adjusted, excluding the legal settlement, net debt items, legal charges and tax charges.

At the beginning of fiscal 2018, Snap-on adopted ASU No. 2017-07, Compensation – Retirement Benefits (Topic 715) – Improving the Presentation of Net Periodic Pension Cost and Net Periodic Postretirement Benefit Cost. The ASU requires changes be applied retrospectively; as such, certain prior year amounts have been adjusted to reflect this adoption and conform to the 2018 presentation.

“We’re encouraged by the strengthening of our product lines and by our unique position with customers, serving as the underpinning of our overall earnings growth,” said Nick Pinchuk, Snap-on chairman and chief executive officer. “Despite near-term challenges in a variety of environments, we continue to see clear progress on a number of our runways for growth and improvement including: the Commercial & Industrial Group extending its penetration of critical industries; the building of our activity in emerging markets like India; and the continuing recovery in our U.S. van channel. We believe Snap-on’s value proposition of making work easier for serious professionals remains strong and effective in vehicle repair and our other end markets, and we believe we have abundant opportunity to further strengthen our position along our runways for growth and to engage our runways for improvement, the Snap-on Value Creation Processes, continuing our positive trajectory as we move through 2019 and beyond. Finally, our progress would not have been possible without the capability and commitment of our franchisees and associates, and I thank them for their contributions and for their dedication.”

Commercial & Industrial Group segment sales of $343.7 million in the quarter increased $2.0 million, or 0.6%, from 2017 levels, reflecting an $11.5 million, or 3.5%, organic sales gain and $0.4 million of acquisition-related sales, partially offset by $9.9 million of unfavorable foreign currency translation. The organic increase includes higher sales in the segment’s Asia Pacific operations and specialty tools business, as well as increased sales in the segment’s European-based hand tools business and higher sales to customers in critical industries.

Operating earnings of $50.8 million in the period decreased $0.5 million from 2017 levels, and the operating margin (operating earnings as a percentage of segment sales) of 14.8% declined 20 basis points from 15.0% a year ago.

Snap-on Tools Group segment sales of $407.4 million in the quarter decreased $1.8 million, or 0.4%, from 2017 levels, reflecting a $1.6 million, or 0.4%, organic sales increase, more than offset by $3.4 million of unfavorable foreign currency translation. The organic increase includes higher sales in the U.S. franchise operations, partially offset by a decrease in the segment’s international operations.

Corporate expenses of $13.1 million in the quarter, including the $4.3 million benefit from the legal settlement, compared to $50.8 million last year; 2017 included the legal charge of $30.9 million.

Snap-on expects to make continued progress in 2019 along its defined runways for coherent growth, leveraging capabilities already demonstrated in the automotive repair arena and developing and expanding its professional customer base, not only in automotive repair, but in adjacent markets, additional geographies and other areas, including extending in critical industries, where the cost and penalties for failure can be high. In pursuit of these initiatives, Snap-on expects that capital expenditures in 2019 will be in a range of $90 million to $100 million.

A discussion of this release will be webcast on Thursday, February 7, 2019, at 9:00 a.m. Central Time, and a replay will be available for at least 10 days following the call. To access the webcast, visit http://www.snapon.com/sna and click on the link to the webcast. The slide presentation accompanying the call can be accessed under the Downloads tab in the webcast viewer, as well as on the Snap-on website under the tabs Investor Information / Investor Events / Company Presentations.

Management believes that these are unusual events and therefore the non-GAAP financial measures adjusted to exclude them provide more meaningful year-over-year comparisons of the company’s 2018 operating performance. For a reconciliation of the adjusted metrics, see “Reconciliation of Non-GAAP Financial Measures” below.

Statements in this news release that are not historical facts, including statements that (i) are in the future tense; (ii) include the words “expects,” “anticipates,” “intends,” “approximates,” or similar words that reference Snap-on or its management; (iii) are specifically identified as forward-looking; or (iv) describe Snap-on’s or management’s future outlook, plans, estimates, objectives or goals, are forward-looking statements within the meaning of the Private Securities Litigation Reform Act of 1995. Snap-on cautions the reader that this news release may contain statements, including earnings projections, that are forward-looking in nature and were developed by management in good faith and, accordingly, are subject to risks and uncertainties regarding Snap-on’s expected results that could cause (and in some cases have caused) actual results to differ materially from those described or contemplated in any forward-looking statement. Factors that may cause the company’s actual results to differ materially from those contained in the forward-looking statements include those found in the company’s reports filed with the Securities and Exchange Commission, including the information under the “Safe Harbor” and “Risk Factors” headings in its Annual Report on Form 10-K for the fiscal year ended December 30, 2017, which are incorporated herein by reference. As Snap-on further evaluates the effects of the new U.S. tax legislation, it may recognize further adjustments. In addition, Snap-on cannot assure that its appeal of the legal matter discussed above will result in diminished liability or a reversal of the legal charge. Snap-on disclaims any responsibility to update any forward-looking statement provided in this news release, except as required by law. 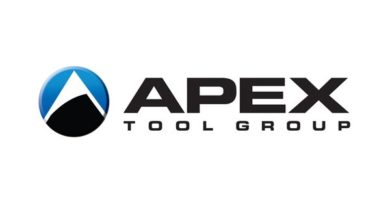 Recycled Trees Give Hope and Support 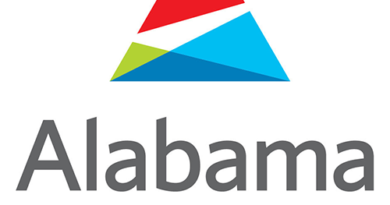