Also elected were new board officers:

Cole founded Gleener, a Canadian-based fabric care and laundry consumer goods company focused on bringing innovative and sustainable solutions to the housewares industry, 10 years ago. The company won the inaugural IHA Innovation Award for Bath + Personal Care in 2012.  Before Gleener, Cole was a commercial designer for small to medium-size businesses. Cole is also a member of IHA’s CORE peer networking groups and a member of the Canadian Hardware & Housewares Manufacturers Association.

McMahon was named president of Jura last January. He joined the Swiss-owned manufacturer of coffee and tea kitchen electrics brands Jura and Capresso in 2011 as midwest director of sales and was named vice president of sales in 2013. Before joining Jura, McMahon, who has more than 26 years’ experience in the housewares industry, served as regional sales manager at De’Longhi America from 2008-2011. He began his housewares career in 1994 as district manager at Syratech Corporation, handling the Towle, Wallace and International Silver brands. In 2006, Lifetime Brands purchased Syratech, and McMahon was named senior vice president, Tabletop.

Michelson is the president and chief commercial officer of Bradshaw Home, one of the nation’s leading manufacturers of kitchen and cleaning products. With more than $650 million in sales, Bradshaw’s market-leading brands include Good Cook, Casabella and Evercare. The company also is a strong player in private label and licensed brands with Clorox, Liquid Plumber, Dawn, Mr. Clean, Bialetti and Tfal. Michelson came to Bradshaw when the company purchased his family owned business, Butler Home Products, in 2002 where he was CEO at the time.  He began his career in housewares in 1986 and joins the IHA board with over 30 years’ experience in the industry.

Mirchandani founded Tristar Products over 25 years ago, playing a key role in the growth of the direct-to-consumer business worldwide, introducing premium, multi-million-dollar brands to consumers in over 100 countries. The company has captured industry leader status with retail sales exceeding the $1 billion mark. Brands include PowerXL, Copper Chef and Emeril Everyday, in partnership with acclaimed Emmy-award winning television personality, chef and restaurateur Emeril Lagasse. Active in several philanthropic organizations, Mirchandani serves on the board of the Housewares Charity Foundation.

Otterman joined Lodge Cast Iron, the 125-year-old U.S.-based manufacturer of cast iron cookware and cooking accessories, in 2016 as senior vice president, sales & marketing. He was named president & COO in September 2018 and then president & CEO in January 2019. Having more than 23 years of experience in the housewares industry, Otterman has worked for several supplier companies beginning with Applica Consumer Products’ Black & Decker Corporation from 1997-2004. Before joining Lodge, he served as vice president, global marketing & merchandising, for The Coleman Co., a division of Jarden Corp., from 2014-2016; vice president, product development, for Dick’s Sporting Goods from 2011-2013; and president of Focus Products Group from 2008-2011.

Peters founded Newair in 2002. Newair offers unique portable appliances such as wine and beer coolers, ice makers, heaters, air coolers, electric fans and more. Along the way, he has developed a unique “digital first” approach with proprietary influencer marketing processes. Peters also is host of the Page 1 Podcast where he interviews leading home and housewares CEOs.

Endres founded Select Brands in 1997. The company designs, develops and markets small appliances. Its brands include Babycakes, Kitchen Selectives and TRU, as well as the Disney and Toastmaster brands. Endres has more than 50 years’ experience in the housewares industry, beginning his career as a sales manager with Corning Glass from 1970-76. He then worked 22 years for Rival Mfg., serving as senior vice president, sales and marketing.

Laugier joined Peugeot Saveurs North America in 2013, when she opened it as a wholly owned subsidiary of Peugeot Saveurs SNC based in France. Peugeot, the world leader in mills since 1840, offers high-performance pepper and spice mills, coffee mills and wine and spirit accessories, and more recently ceramic bakeware. Before coming to Peugeot, Laugier served as national accounts manager for Taylor Precision Products (now Filament Brands) from 2007-2013, and was managing director of Click Clack USA (now Innova Products) from 2003-2006. She is a member of both IHA’s Government Affairs Committee and Exhibitor Trade Show Advisory Committee.

Serving on the executive committee of the board are Neal Asbury, Paul Cosaro, William Endres, Steve Greenspon, Yvette Laugier and Howard Steidle Jr.

The International Housewares Association is the 82-year-old voice of the housewares industry, which accounted for (US)$394.3 billion at retail worldwide in 2018. The not-for-profit, full-service association sponsors the world’s premier exposition of products for the home, The Inspired Home Show, IHA’s Global Home + Housewares Market (TheInspiredHomeShow.com), and offers its 1,400 member companies a wide range of services, including industry and government advocacy, export assistance, industry and consumer trends through the IHA Market Watch, executive management peer groups, a B2B community at  www.housewares.org, group buying discounts on business solutions services and direct-to-consumer engagement through TheInspiredHome.com. 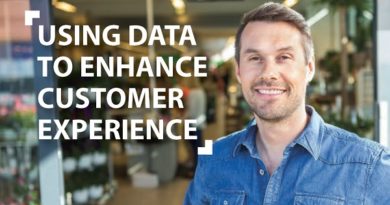 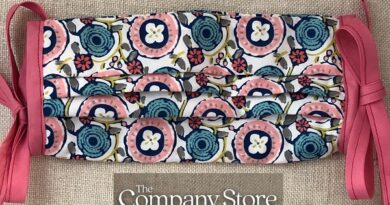 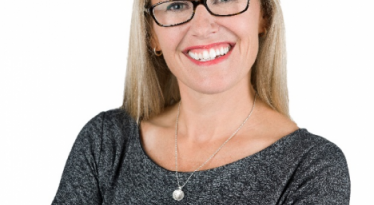