WASHINGTON – The National Retail Federation welcomed a lawsuit filed today by the Department of Justice seeking to stop Visa’s acquisition of Plaid Inc., agreeing with federal officials that the takeover would threaten competition in the payments market.

“Visa has used its power to impose anticompetitive prices and practices on merchants for decades,” NRF Chief Administrative Officer and General Counsel Stephanie Martz said. “One of the few ways to bring Visa’s anticompetitive behavior under control is through the adoption of innovations powered by technology from companies like Plaid. But Visa’s buying spree of fintech companies is an attempt to protect its dominance of the payment card industry and extend that control into mobile payments and other new payment options. This acquisition would block badly needed competition and should not be allowed to move forward.”

Plaid provides technology that supports mobile apps such as Venmo, a service which allows consumers to send money to friends or retailers without using expensive processing networks such as those run by Visa. Banks and card companies charge merchants a “swipe” fee averaging about 2 percent for credit cards and about 25 cents for debit cards for payments processed over the networks, amounting to more than $100 billion a year.

NRF asked DOJ in a March letter to “carefully scrutinize” Visa’s acquisition of Plaid, saying new payment technologies present “the one glimmer of hope” for alternatives to card networks such as Visa’s. The United States is the only country with no usable financial technology alternative for consumer networks that is not proprietary to a card network or bank, NRF said. Plaid is one of five fintech companies Visa has announced plans to acquire or enter partnerships with since 2019.

NRF has led the retail industry’s fight to convince the card industry to lower processing fees for 20 years, saying the fees greatly exceed the cost of processing transactions. NRF helped win a cap on debit card swipe fees adopted by the Federal Reserve in 2011 but credit card fees have yet to be addressed. 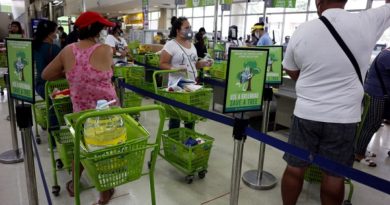 As Consumer Habits Change, How Can Businesses Keep Up?