WASHINGTON – The National Retail Federation welcomed legislation introduced today that would let retailers decide who processes credit card transactions, saying it would end practices that block competition in the payments industry and drive up costs for retailers and consumers.

“Processing credit card transactions should not be limited to two companies when there are a dozen that can do the job just as well,” NRF Vice President for Government Relations, Banking and Financial Services Leon Buck said. “Routing choice has saved retailers and their customers billions in the debit card market and can do even more in the much-larger credit card market. This is a giant step forward in bringing about the transparency and competition retailers have sought for years.”

“Credit card swipe fees have been driving up prices paid by American consumers for decades but are particularly burdensome amid the near-record inflation families face today,” Buck said. “These fees are a percentage of the transaction, so they take even more out of retailers’ and consumers’ pockets as prices go up. They are a significant factor in inflation, but one that could be minimized if the card industry would compete the same as other businesses.”

Currently, purchases made on Visa and Mastercard credit cards are only processed over the two companies’ respective networks. Under the bill, banks that issue the two brands of credit cards – the most dominant in the multitrillion-dollar payments market – would be required to allow transactions to be processed over at least two unaffiliated payment networks. One network could continue to be Visa or Mastercard but the other could be either a competing credit card network or one of several independent networks like Star, NYCE or Shazam that offer equal security but lower fees. New “fintech” processors could also be used.

Visa and Mastercard would not be allowed to process each other’s transactions, and the debit networks they own – Visa’s Interlink and Mastercard’s Maestro – could not be the second network. The measure would apply only to banks with $100 billion or more in assets and would have no effect on local community banks or small credit unions.

By adding competition to the processing of credit card transactions, retailers and their customers could ultimately save $11 billion a year or more, according to payments consulting firm CMSPI. Durbin was the sponsor of a 2010 law that set similar routing requirements for debit cards that have helped save retailers more than $9 billion a year, and about 70 percent of that saving has been passed along to consumers, according to CMSPI. Unlike the Durbin Amendment, the new legislation does not place a cap on the “swipe” fees banks charge to process transactions.

Swipe fees for credit card transactions processed over Visa and Mastercard’s own networks average 2.22 percent of the purchase amount, according to the Nilson Report. The fees amounted to $77.5 billion in 2021, triple the $25.6 billion charged in 2009.

Swipe fees are among merchants’ highest costs after labor and drive up prices paid by consumers, amounting to an estimated $900 a year for the average family. When all brands and types of cards are included, the fees totaled $137.8 billion in 2021, more than double the amount a decade earlier, according to Nilson.

The bill would prohibit banks or card networks from taking any steps that interfere with credit card routing, including requirements to use proprietary Visa or Mastercard mechanisms unless they are made available to all networks. Both Visa and Mastercard are under investigation by the Federal Trade Commission to determine if they have limited debit routing, and Visa is also under investigation by the Department of Justice. 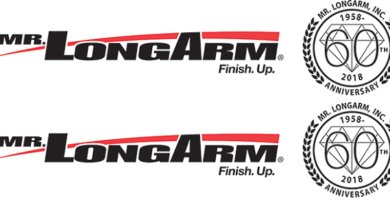 ACE Hardware 2021 Vendors of the Year