WASHINGTON – Retailers expect more than $761 billion in merchandise sold last year to be returned by consumers, according to a report released today by the National Retail Federation and Appriss Retail. This accounts for an average of 16.6 percent of total U.S. retail sales, which soared to $4.583 trillion in 2021.

“As total retail sales continue to accelerate from sustained consumer demand during the pandemic, it is no surprise that the overall rate of returns has also been impacted,” said Mark Mathews, NRF’s vice president of research development and industry analysis. “While retailers have indicated that they are seeing an increase in items returned to stores and online, the upside is that it also provides them with additional opportunities to connect further with customers and provide a positive experience.”

According to the survey, for every $1 billion in sales, the average retailer incurs $166 million in merchandise returns. It also found that for every $100 in returned merchandise accepted, retailers lose $10.30 to return fraud. The categories with the highest return rates were similar to 2020 metrics: auto parts (19.4 percent), apparel (12.2 percent) and home improvement and housewares (tied at 11.5 percent). The most common types of payment used during the original purchase that led to a return were credit cards (22.78 percent), cash (12.69 percent) and debit cards (7.04 percent).

“Retailers must rethink returns as a key part of their business strategy,” said Steve Prebble, CEO of Appriss Retail. “Retail is dealing with an influx of returned items. Now is the time to stop thinking of returns as a cost of doing business and begin to view them as a time to truly engage with your consumers.”

Earlier this month, NRF reported that retail sales during the November – December holiday season reached a total $887 billion, exceeding its forecast of up to 11.5 percent growth. On average, retailers expect 17.8 percent, or $158 billion, of merchandise sold during the holiday timeframe to be returned. 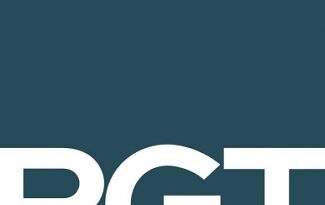 PGT Innovations Announces Election of Xavier Boza to Board of Directors