WASHINGTON –The nation’s two largest retail trade groups are asking to intervene in longstanding multidistrict class-action litigation brought by merchants against Visa and Mastercard over fees charged to process credit card transactions. In a brief filed Friday, the Retail Industry Leaders Association and the National Retail Federation objected to the proposed certification of an overly broad class that would limit the rights of current and future retailers to challenge the card networks’ anticompetitive rules.

RILA and NRF are petitioning the U.S. District Court of the Eastern District of New York to allow the organizations to join the litigation as parties so they can object to the scope of the class proposed by court-appointed counsel. The litigation has been brought by just seven small merchants, who seek to represent tens of millions of merchants nationwide – ranging from single-store operators to the largest retailers in the country – that accept Visa and/or Mastercard.

RILA and NRF seek to represent their own interests as merchants who accept credit cards and to voice the concerns of not-yet-existent merchants who would be foreclosed from challenging the card networks if the class is certified as proposed.

“The proposed class is entirely too broad and in effect would prohibit retailers from pursing their own grievances against card networks,” said Deborah White, RILA senior executive vice president and general counsel. “Interchange fees are a significant expense for RILA and are often the largest expense after payroll for other U.S. retailers. Binding all retailers to the litigation strategy and settlement terms acceptable to such a small group of non-representative plaintiffs is patently unfair.”

RILA and NRF members account for trillions of dollars in annual retail sales, millions of American jobs and more than 100,000 store locations nationwide.

“We are asking the court to recognize us as parties after our repeated attempts to work with court-appointed counsel were rebuffed. We are particularly concerned that the current class would not represent our interests in seeking significant changes to the Honor All Cards and default interchange rules,” said White.

“This issue has been in the courts for more than a decade, but the case was brought by a small group of merchants who do not speak for the industry as a whole,” NRF Chief Administrative Officer and General Counsel Stephanie Martz said. “It is essential that the two major retail associations be allowed to participate to ensure that the views of the majority of merchants are represented. Bringing transparency and competition to the way swipe fees are set is essential, but this matter affects the entire industry, and the entire industry should have a voice.”

Retail Industry Leaders Association
RILA is the U.S. trade association for leading retailers. We convene decision-makers, advocate for the industry, and promote operational excellence and innovation. Our aim is to elevate a dynamic industry by transforming the environment in which retailers operate. RILA members include more than 200 retailers, product manufacturers, and service suppliers, which together account for more than $1.5 trillion in annual sales, millions of American jobs, and more than 100,000 stores, manufacturing facilities, and distribution centers domestically and abroad. 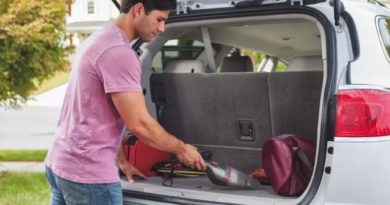 Spring Clean the Car with BLACK+DECKER

Mayhew™ ISO 9001:2015 Certification Extended through May 2023 and Granted Additional Accreditation Through ANAB 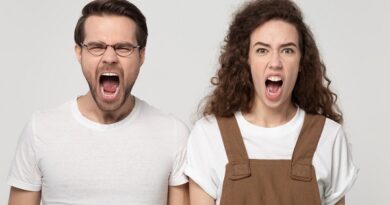