Sixty years ago, Detroit, Michigan, was known as the richest city per capita in America. Now, it’s known as the largest American city to file for bankruptcy. But Detroit’s economy has begun to bounce back. The Home Depot’s Renovation Services team is helping the city progress through the Rehabbed and Ready program.

Average Detroit home prices are too low to qualify for a traditional mortgage, making it nearly impossible for would-be homebuyers to purchase a house. Rehabbed and Ready, a partnership between The Home Depot, the Detroit Land Bank Authority (DLBA) and Quicken Loans, is helping solve that problem.

To ensure the renovation projects run smoothly, Senior Business Analyst – Renovation Services Jeanine McRae manages everything from the Store Support Center in Atlanta, Georgia. The challenge of renovating from more than 700 miles away led Jeanine to take a hands-on approach, traveling to Detroit regularly to meet with local inspectors, contractors and members from the team.

This dedicated approach garnered Jeanine a lot of respect not just among her peers in Atlanta, but in Detroit as well.

“Jeanine is very direct in a very positive way. She’s not going to sugarcoat things and say that everything is alright when it’s not,” says Graham Schell, home renovation services director of operations. “She tells people what her expectation is, and then she holds people accountable […]”

Rehabbed and Ready has created 57 beautifully remodeled homes to date. But this is only the first step. In stabilizing the middle-class neighborhoods, it’s creating wealth for homeowners and making homeownership accessible.

“These home sales reflect a much bigger and more powerful story,” says Veronica Johnson, manager of Rehabbed and Ready. “Every home sold through the program is a success story⁠—a new home for a family, a block beautified, and a neighborhood strengthened.”

As first published on https://corporate.homedepot.com/newsroom 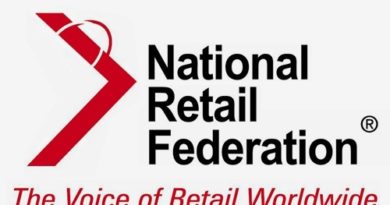