PITTSBURGH–PPG (NYSE: PPG) and the National Hockey League (NHL®) today announced a three-year extension of their partnership, with PPG continuing its status as the Official Paint of the NHL in the U.S. and Canada. Financial details and terms were not disclosed.

In addition, all official game pucks in the 2019-2020 NHL season will include a color-changing thermochromic coating. Developed closely with PPG suppliers LCR Hallcrest and QCR Solutions Corporation, the advanced coatings change from purple to clear when a puck’s temperature is above freezing, providing a visual indication to officials that the puck should be replaced.

“We’re proud to continue combining the power of the NHL with PPG and its well-known consumer paint brands, including PPG PAINTS™, DULUX® paint, SICO® paint, GLIDDEN® paint and OLYMPIC® stains,” said Bryan Iams, PPG vice president, corporate and government affairs. “Through the extended partnership, PPG will continue to identify ways to integrate its game-changing technologies into hockey and continue to build upon our partnerships with the NHL.”

“We are excited to extend our partnership with PPG, a leader in the paint industry and committed NHL partner that activates across many levels of our game,” said Evin Dobson, NHL group vice president, partnership marketing. “Integrating thermochromic coating pucks in all NHL games is a testament to PPG, LCR and QCR’s innovative technology.”

The renewed three-year deal will continue to enable PPG to promote its partnership on PPG paint product packaging, on point-of-purchase displays, in contests and promotions, and through social media and digital marketing in the U.S. and Canada. The company also will participate in an NHL Legacy project through the COLORFUL COMMUNITIES® initiative, PPG’s signature community engagement program that aims to enhance, protect and beautify important community assets where the company operates. PPG will continue to have a presence at NHL premier events, such as the 2020 Bridgestone NHL Winter Classic®.

Since becoming the Official Paint of the NHL, PPG has integrated its innovative paints and coatings into the game of hockey. In October 2017, the brand announced its PPG ENVIROCRON® Extreme Protection coating may be used on NHL goal posts. The proprietary powder coating technology provides outstanding cold chip resistance for the most challenging automotive underbody end-uses and is now used to protect hockey goals of the NHL.

PPG produces paints, stains and specialty products available at more than 250 Dulux stores in Canada, 600 PPG Paints stores in the U.S., 6,000 independent dealer locations and 8,000 major home improvement center locations in the U.S. and Canada, including The Home Depot, RONA, Menards and Walmart.

The National Hockey League (NHL®), founded in 1917, consists of 31 Member Clubs and proudly welcomes its 32nd franchise, based in Seattle, for the 2021-22 season. Each team roster reflects the League’s international makeup with players from more than 20 countries represented, all vying for the most cherished and historic trophy in professional sports – the Stanley Cup®. Gary Bettman has served the NHL as Commissioner since February 1, 1993 and has guided the world’s top professional hockey league to more than $5 billion in annual revenues and partnerships with more than 40 blue chip corporate sponsors. Every year, the NHL entertains more than 670 million fans in-arena and through its partners on national television and radio; more than 151 million followers – league, team and player accounts combined – across Facebook, Twitter, Instagram, Snapchat and YouTube; and more than 100 million fans online at NHL.com. The League broadcasts games in more than 160 countries and territories through its rightsholders including NBC/NBCSN and the NHL Network™ in the U.S., Sportsnet and TVA in Canada, Viasat in the Nordic Region, Yandex in Russia and CCTV and Tencent in China. The NHL reaches fans worldwide with games available online in every country including via its live and on-demand streaming service NHL.TV™. Having entered the esports world in 2018, the League hosts the NHL Gaming World Championship™ annually, drawing record digital streaming audiences during the 2019 campaign. Fans are engaged across the League’s digital assets on mobile devices via the free NHL® App; across nine social media platforms; on SiriusXM NHL Network Radio™; and on NHL.com, available in eight languages and featuring unprecedented access to player and team statistics as well as every regular-season and playoff game box score dating back to the League’s inception, powered by SAP. The NHL is committed to building healthy and vibrant communities through the sport of hockey by increasing youth participation and engagement; fostering positive family experiences; promoting inclusion, positive culture and leadership; and supporting sustainable community impact. 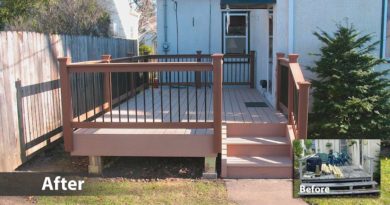 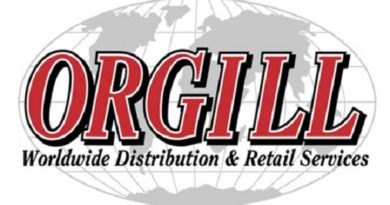