WASHINGTON – Retail sales grew for the sixth month in a row in October, with sales significantly better than the same time a year ago as the economy continued to recover and consumers began their holiday shopping early, the National Retail Federation said today.

“Consumers have proven their resilience and willingness to spend as we head into the heart of the holiday season and retailers continue to demonstrate their commitment and ability to ensure safe shopping environments for their customers and their associates, with deep discounts, robust inventory and great experiences whether in-store or online,” Shay said.

“October retail sales remained on track despite the pandemic continuing to affect households and businesses,” NRF Chief Economist Jack Kleinhenz said. “The steady expansion of retail sales is good news against the background of these unusual economic circumstances and climbing virus cases in recent weeks. Early holiday shopping appears to have supported October’s increase in sales. The rise in COVID-19 cases continues to be a factor that weighs on consumer perceptions, sentiment and spending and there could be retrenchment if we cannot thwart this latest wave. Nonetheless, retailers are well prepared to safely fulfill holiday shopping lists, and the October results suggest so far, so good.”

October’s sales results come as NRF’s latest research shows 42 percent of consumers started their holiday shopping sooner than usual this year. NRF has urged consumers to shop safe and shop early, and 59 percent had begun by early November, up from 49 percent at that point a decade ago. Consumers surveyed for NRF by Prosper Insights & Analytics plan to spend an average $997.79, down $50 from 2019 as they focus on gifts rather than purchases for themselves.

October gains were led by online sales, which were up both month-over-month and year-over-year thanks largely to the shift of Amazon Prime Day and related online promotions to October from July. Seven out of nine retail categories saw year-over-year increases.

Specifics from key retail sectors during October include: 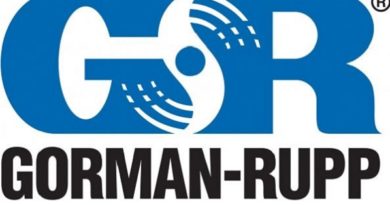 Gorman-Rupp Continues to Operate as an Essential Business