WASHINGTON – The National Retail Federation today issued the following statement from President and CEO Matthew Shay after the Senate voted to invoke cloture on the Bipartisan Infrastructure Deal.

“NRF is encouraged by tonight’s quick and decisive action in the Senate to invoke cloture on the Bipartisan Infrastructure Deal, clearing the path for a full Senate vote. Once passed, this historic piece of legislation will serve to revitalize and invigorate the U.S. infrastructure system that so many businesses depend on.

“Retailers across the country rely on the American supply chain, and the millions of jobs it supports, to move billions of dollars’ worth of goods and products to consumers across the nation each day. An improved system will help alleviate many of the ongoing supply chain challenges that retailers continue to face today.

“We strongly support this deal and its investment in core infrastructure, including roads, bridges and ports that are critical to our nation’s supply chain and global competitiveness. We look forward to swift passage in the Senate and encourage the House to follow suit.”

Lowe’s Adopts Nationwide Standard for Customers to Wear Masks in all U.S. Stores 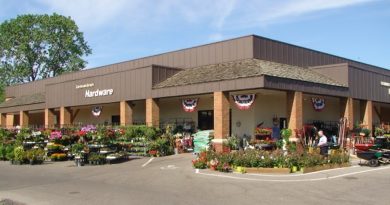