“Imports at the nation’s major West Coast ports reached unprecedented levels over the past two years despite supply chain disruptions brought on by the COVID-19 pandemic,” NRF President and CEO Matthew Shay said. “We applaud the work of labor and management to address this surge, but we need to make sure the contract negotiations don’t result in additional congestion issues. The contract negotiations will come at a critical time for the retail industry as the peak shipping season for the important holiday season begins this summer.”

NRF wrote to ILWU and PMA leadership urging both groups to begin negotiations early in order to reach a contract agreement that would ensure continued cargo growth for the region. NRF warned that a delay in contract negotiations would negatively impact retailers and other stakeholders that rely on West Coast ports and may force retailers and other shippers to reevaluate their use of U.S. West Coast ports.

The letter states, “NRF’s members are continuing to adjust to the ongoing supply chain disruptions. Any kind of additional disruptions at the ports would add further costly delays to our members’ supply chains and likely add to inflation concerns and further threaten the economic recovery. Many members are already looking to put in place mitigation strategies to address additional disruptions related to the contract negotiations.” 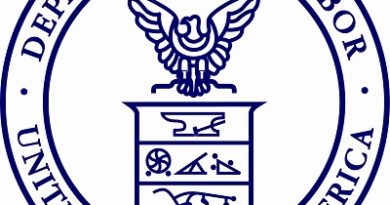