“Strong growth in retail sales during the last few months points to the resiliency of consumers even in this disruptive pandemic environment,” Kleinhenz said. “Taking in all the evidence available, the U.S. economic recovery has progressed more quickly than generally expected.”

Kleinhenz agreed with Federal Reserve Chairman Jerome Powell’s recent call for additional federal stimulus, which the chairman said “will not go to waste” even if it is more than necessary.

“While there might be sufficient momentum and resiliency to propel the economy in the months ahead, additional fiscal policy support is critical to ensure that the recovery doesn’t stall,” Kleinhenz said.

Kleinhenz’s remarks came in the November issue of NRF’s Monthly Economic Review, which noted that retail sales have been up both month-over-month and year-over-year each month since June. Retail sales have completed a V-shaped recovery and are up 8.6 percent since January, according to data from Harvard University’s Opportunity Insights research project.

Household spending on retail goods has helped bring back overall consumer spending, which was down 16.1 percent year-over-year in April but only 1.9 percent as of August, according to the Commerce Department.

The report pointed to increased disposal personal income, which was up 5.4 percent year-over-year as of August, and a savings rate of 14.4 percent that has remained in double digits for six straight months. Even though government stimulus has tapered off, “savings are available if consumers decide to spend more aggressively,” Kleinhenz said. Consumer confidence remains below pre-pandemic levels but is rising.

NRF is awaiting additional economic data before releasing its annual holiday spending forecast. But consumers surveyed for NRF by Prosper Insights & Analytics plan to spend an average $997.79, down about $50 from last year as they focus more on gifts for others rather than purchases for themselves. NRF launched a New Holiday Traditions campaign last month, encouraging consumers to shop safe and shop early to avoid overcrowding stores and to take advantage of early holiday discounts. 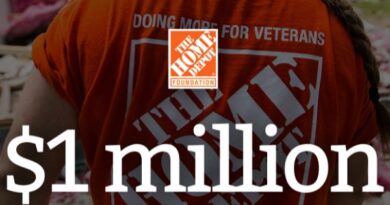