WASHINGTON–Super Saturday continues to be the biggest shopping day of the year with an estimated 147.8 million U.S. consumers expected to participate, up from 134.3 million last year, according to the annual survey released today by the National Retail Federation and Prosper Insights & Analytics.

“While many people started holiday shopping early, those who waited until Thanksgiving weekend are feeling the pressure due to the limited number of days this year between Thanksgiving and Christmas,” NRF President and CEO Matthew Shay said. “But there is still time to catch up. The last Saturday before Christmas has become the biggest shopping day of the year, and we expect an impressive turnout by procrastinators and those who just want to take advantage of really good deals.”

The number of people shopping on Super Saturday includes both in-store and online activity. The number compares with the 189.6 million unique shoppers over the full five-day Thanksgiving weekend.

For those who had at least half of their shopping left, 41 percent were still deciding what to buy, 28 percent were waiting for family and friends to tell them what they wanted, and 26 percent were holding off for the best deals.

More than half (56 percent) of holiday shoppers plan to purchase their last gift during the week before Christmas, and 62 percent are expected to shop on Super Saturday.

“Most of us are guilty of having that one last gift we need to buy,” Prosper Executive Vice President of Strategy Phil Rist said. “Men and younger consumers continue to be the biggest procrastinators and are expected to turn out in force on Super Saturday.”

Top gift purchases so far included clothing (49 percent), toys (31 percent), gift cards (28 percent), books and other media (27 percent) and electronics (24 percent). A quarter of shoppers (25 percent) plan to give “gifts of experience,” like tickets to a concert or sporting event. Gifts of experience are most popular among younger shoppers, given by 36 percent of those 18-34.

More than half of shoppers (55 percent) say they will return or exchange any unwanted gifts or holiday items within the first month after receiving them. The vast majority (80 percent) prefer to make returns and exchanges in stores, and 74 percent say they are likely to purchase something else while returning or exchanging an unwanted gift.

NRF defines the holiday season as November 1 through December 31 and has forecast that sales will total between $727.9 and $730.7 billion. Consumers expect to spend an average $1,047.83 – including purchases made earlier – for an increase of 4 percent over last year, according to an earlier NRF survey.

Today’s survey of 7,779 adult consumers was conducted November 27 through December 5 and has a margin of error of plus or minus 1.2 percentage points.

Read more about the holiday season at the NRF Winter Holiday Headquarters. 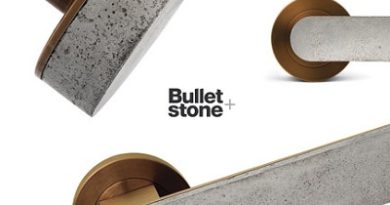 Creating a Stylish Niche with Housewares