Mayhew Steel Products, Inc. (Mayhew Tools) is partnering with SGB Racing in a new sponsorship that supports the teams’ riders in all of the 2021 Pro Motocross Nationals, and in a few select rounds of the 2021 AMA Supercross. This is the premium hand tool manufacturer’s second year in a row partnering with SGB Racing, yet in an expanded capacity. The SGB Racing team’s riders will each have branded professional gear, showcasing a Mayhew ‘Made in the USA’ branded helmet and the technicians will have no shortage of Mayhew’s tools to keep the team’s fleet of bikes running at peak performance.

“Our organization has established a strong affinity for racing sponsorships, which have proved valuable,” shared John Lawless, President, Mayhew. “Supporting the teams’ and riders/drivers has helped get our tools into the hands of the technicians and increased awareness of the Mayhew brand amongst the racing community at-large. We are very much looking forward to supporting the SGB Racing team, on and off the track, in their 2021 efforts.”

Racing sponsorships have become a core component to Mayhew Tools’ marketing strategy, helping them get their various lines of tools into the hands of automotive professionals who are immersed in the racing industry. In addition to the SGB Racing sponsorship, Mayhew is also the sponsor to NASCAR’s Whelen Modified Tour Pole Award for the third year in a row, and sponsor to Doug Coby Racing’s #10 Car in the same NASCAR Tour. Although this is the fifth year sponsoring six-time champion driver, Doug Coby, it is the second year sponsoring Doug as both driver and owner of the Doug Coby Racing Team, formed ahead of the 2020 season.

“Growth in our racing sponsorship commitments is directly connected to that of our brand’s growth strategy and we are looking forward to making both a win-win for us and our sponsored racing partners,” commented Eric Mills, VP Sales and Marketing, Mayhew Tools.

SGB Racing’s 450 Supercross team includes Justin Rodbell, Alex Ray, Jeremy Smith, and AJ Catanzaro, all of whom will also race in the Motocross alongside Jordan Jarvis. Jarvis is the most successful AMA rider in history to date and, as a 20-year old female, already holds eight AMA National Titles and more than 50 major event wins.

·        Jordan “JJ” Jarvis #301, is the most successful AMA 20-year old female in history to date. She has eight AMA National Titles, and more than 50 major event wins. In 2019, after she won every woman’s race for the Supercross Futures and took the Woman’s Championship Title from the Daytona RCSX, she made the jump to the 250 Pro Nationals where she began competing with the men. She rode several AX races in route to her SX endorsement as well as her pro AM Points. In August 2020, while racing at the famed Loretta Lynn’s ranch in the first Pro National of the season, she attempted to qualify with the men in the 250 class. A bit off pace, she raced from 20th to 11th place. Success came one month later at the National in Florida, where Jordan made history as the first woman to ever qualify to race a national. Don’t be surprised if you see Jarvis make her professional Supercross debut this year racing against the men. She is shattering that glass ceiling.

·        AJ Catanzaro #330, AJ Catanzaro has been racing professionally from the age of 16. He won an Arenacross Championship at 15 years old and quickly made the transition to Supercross. AJ has had a handful of top 5 finishes in Supercross along with finishing inside the top 10 in points. He has been able to travel the world racing, most notably in Germany and Australia. Because of AJ’s passion and dedication to racing, he has had extensive experience working with the best trainers in the world; Colleen Millsaps, Josh Woods, Gary Semics, Gary Bailey and Ezra Lusk to name a few. From 2009 to 2015, AJ lived at three of the top facilities in the country; Club MX, MTF and GPF, absorbing information from the best trainers on the best tracks. AJ has not only been able to elevate himself to being a Pro Supercross and Motocross racer but has the uncanny ability to translate his skills into teaching. AJ Catanzaro Moto-X Academy is the next step in his plan to bring motocross schooling to everyone. He currently has 11 years experience training riders and racers of all ages.

·        Justin Rodbell #57, 20 years old, is competing in his first year as a full time 450 rider. He is looking to continue to mix it with the top contenders all year. Fairly new to the Supercross scene but finished 16th overall in the 2020 motocross championship.

·        Alex Ray #83, Alex Ray Carries National #61 into the 2020 Supercross and Motocross series on board his SGB Racing/Maxxis/Babbitt’s Online Kawasaki. The popular privateer from Tennessee has been making big moves on the track and in social media with his AR61 VLOG. Alex continues to be a front runner in the elite 450 series as well as a fan favorite off the track.

·        Jeremy Smith #309, is in his first year competing in the 450 Supercross circuit. Jeremy is looking to learn each round and make a few mains as the year goes on. Jeremy should be a top 20 national racer in the motocross season.

Catch the Motocross and Supercross races live and /or watch them on Peacock TV per the following schedules:

Mayhew Tools are sold through an extensive network of global distributors, primarily serving the industrial, automotive, and hardware markets. For more information, contact Mayhew Tools at 800.872.0037 or visit mayhew.com.

Mayhew Steel Products (Mayhew Tools), founded in 1856, is an ISO 9001-certified company and the oldest punch and chisel manufacturer in the United States. Headquartered in Turners Falls, MA, the company’s transition from a small tool house to industry leader comes as a direct result of their dedication, quality, reliability, and craftsmanship. While their passion for manufacturing quality hand tools has continued to fuel its century-old product line growth. Mayhew Tools, serving primarily the Industrial, Automotive and Hardware industries, are sold globally through an extensive distributor network.

Based out of Northern Maryland, SGB Racing specializes in Motorcycle and ATV suspension services along with bike set-up. SGB Racing technicians have the experience and skills to get motorcycle/ATV setups to each individual’s desire, whether professional racer or an avid enthusiast in Motocross, Supercross, Hare Scrambles, GNCC, or Freestyle. With a commitment to superior quality, SGB Racing relies on rigorous testing, certified training and years of experience to provide the best bike set-up to meet each customer’s specific needs. Learn more at sgb-racing.com. 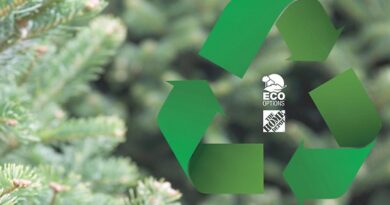