WASHINGTON–Retail sales saw their biggest monthly drop on record during March as the coronavirus pandemic forced restaurants, bars and many stores to temporarily close across the nation and stay-at-home orders also impacted gasoline sales, the National Retail Federation said today. But sales soared at grocery stores and were up at other retailers deemed “essential” as well, offsetting some of the decline.

“COVID-19 has hit the retail industry unevenly,” NRF Chief Economist Jack Kleinhenz said. “This is a market of haves and have-nots. The haves are the stores that remain open with lines out the doors to buy daily necessities while the have-nots are the stores that have closed and are taking the brunt of the impact of the pandemic. These numbers should come as no surprise given the mandated shutdown of our economy to slow the spread of the virus.”

“March was a month that started out with many stores still open, but far more are closed now,” Kleinhenz said. “Don’t be surprised if the data going forward shows a worsening situation. Even if the economy begins to reopen in May, consumer behavior may take a long time to adjust. The road to recovery could be long and slow.”

The U.S. Census Bureau said today that overall retail sales during March were down 8.7 percent seasonally adjusted from February and down 6.2 percent unadjusted year-over-year. The monthly drop is the largest ever recorded, exceeding a 4.3 percent decline in November 2008 during the Great Recession.

The bureau said it believed the reliability of its data had not changed “substantially” despite the fact that many retailers whose businesses were closed were not in the office to reply to its monthly survey of sales results. But it acknowledged that retailers’ “ability to provide accurate, timely information to Census may be limited.”

NRF’s calculation of retail sales – which excludes automobile dealers, gasoline stations and restaurants in order to focus on core retail – showed March was up 1.7 percent seasonally adjusted from February and up 4.5 percent unadjusted year-over-year.

The difference between the Census Bureau and NRF numbers is because the categories NRF excludes saw some of the biggest hits. In addition to bars and restaurants being closed, gasoline sales were affected both by fewer people driving and lower gas prices while auto dealers were among those affected by stay-at-home orders.

Clothing stores saw the biggest decline among categories counted by both NRF and the Census Bureau, with sales down 50.5 percent from February, while furniture store sales were down 26.8 percent and sporting goods stores were down 23.3 percent. But grocery store sales were up 25.6 percent, general merchandise stores – which include warehouse clubs that sell both food and essential household products – was up 6.4 percent, and health and personal care stores, which include pharmacies, was up 4.3 percent. With more people turning to ecommerce, online and other non-store sales were up 3.1 percent.

The March NRF numbers follow a decline of 0.2 percent in February from January as the coronavirus began to have its first effects. February sales were up 7.4 percent year-over year, but the increase was artificially high because of low sales following the government shutdown in early 2019. The three-month-moving average as of March was up 5.1 percent.

Specifics from key retail sectors during March include: 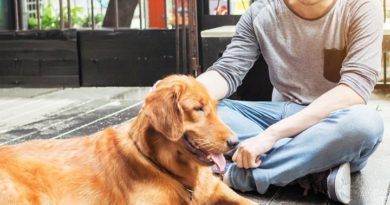 Announcing the Launch of EverydayDogMagazine.com 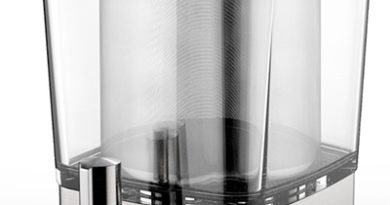 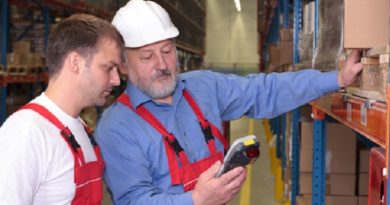