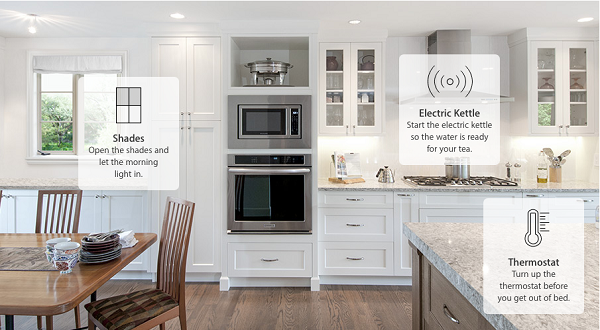 In today’s world of smart phones, smart televisions and smart cars, smart homes aren’t really anything new. The question is, are you leveraging all of the sales possibilities that are attached to the development of one? More and more consumers are approaching the task of changing their home from “old school” to a smart home as a Do-It-Yourself project. Supporting them in such an effort presents opportunities for any home improvement retailer and how well you leverage the opportunities depends entirely on your level of creativity and the expertise of your employees.

Here is a brief list of the things that can be accomplished by a “smart home” program when it’s complete. Obviously not all of them need to be included and the depth of technology saturation in the home is the controlling factor… along with the talent and knowledge of the installer. If it’s the homeowner, on occasion, after they’ve done all the work the project still isn’t complete because they don’t have the expertise to get the software integration all correct. More on that in a minute. So what can a smart home do?

Lights: One of the most basic functions of a smart home program is controlling lights. Whether they are interior or exterior, being able to turn lights off and on by way of an app on the user’s smart phone maximizes convenience. Controlling a limited number of lights (usually up to three or five) is a feature often included in home security alarm and monitoring systems. Such control is usually empowered through the use of LED bulbs that incorporate digital circuitry for connectivity as well as power control.

Temperature Control: Another common function of many smart home programs is controlling the home’s heating and air conditioning system. Through the use of a programmable / digital thermostat, with connection to a smart app or other controller, the home’s temperature can be regulated from heating to air conditioning and temperature set to the owner’s preference or need.

Home and garage doors: It’s been well into half a century that through the use of a simple push-button remote control, homeowners have been able to open and close their garage doors without having to get out of their car to do so. Now an app can replace the push button remote control and, from a single touch screen, open the door of the homeowner’s choice… or close it. The same app can advise the homeowner when the door is opened or closed if they’re away from home and it can offer control of other features their garage door movement motor might offer. Some today offer everything from compressed air systems to auxiliary electric availability.

The exterior doors to a home, or any interior doors the home owner feels require a higher security level, can be equipped with electronic digital access panels. Those control panels can be activated and controlled from an app, or accessed via a variety of methods in person. Those methods can include passcodes, print readers or – as traditional as this may seem – an actual key. Because electricity can fail, even in battery powered items, every exterior door lock is (or should be) equipped with a keyed entry.

Security and surveillance: One of the most basic functions of any home electronic system is the security of all doors and surveillance of the property. Doors and windows can be easily equipped with wireless contacts that alert, through the alarm system, the homeowner if a door or window is opened. Some systems indicate if the opening/closing is simply unusual or they can set off the alarm and auto-dial 911 for emergency response. The systems can commonly be activated and deactivated via a smart phone app, as well as from the main panel in any home.

The same system can be connected to a variety of surveillance cameras numbering anywhere from one – the most common is a “doorbell” cam – to… twenty or more. The cameras can be interior or exterior and many systems allow for alerts to be set up if any camera detects movement.

With so many controls and features readily available, and virtually every one of them available to the homeowner for self-installation and activation, if they’ve already done all that what else can a retailer support them with? Is there any other upgrade available? Yes. The homeowner can always “hire a virtual butler.” There are several voice activated “digital assistants” available on the market today. Samsung, Apple, Amazon and Google all have units available that can be connected to an already existent smart home system, or used to create one. Playing on the popularity of The Avengers movies, at least one retailer has started asking customers who have expressed interest in smart home technology if they’re trying to hire or create Jarvis – Tony Stark’s famous digital home manager.

The reality is that while that level of artificial intelligence isn’t available yet, and you have to learn what commands work what features for such a voice activated system (rather than it intuiting your statements / commands), they can still be very convenient. Of course, like anything else electric, they’re only convenient until the power goes out and like anything that requires connectivity, they fail if your wireless system in your house loses connection for whatever reason.

Those challenges recognized, if your retail establishment supports home security and technology, you ought to also have at least one or two employees knowledgeable enough about such to be of assistance to your customers. There are plenty of other smart home features available beyond those listed here. And more will soon be available as manufacturers and software suppliers continue to grow their brands. 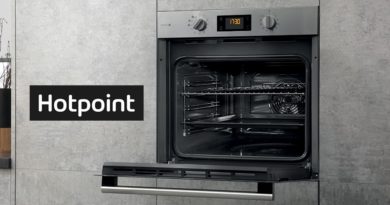 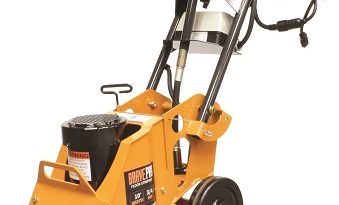