MOORESVILLE, N.C., Sept. 9, 2020 — At a moment when sports are being redefined and homes are becoming the new stadium, Lowe’s is putting the “home” in “home team.” Lowe’s is unveiling the first-ever Lowe’s “Home Team,” a group of current NFL players representing every team in the league, coming together to unite fans around the connection and community we all crave during football season, even as fandom goes home.

2019 NFL MVP Lamar Jackson (Baltimore Ravens) and All-Pro Christian McCaffrey (Carolina Panthers) will serve as captains of Lowe’s “Home Team,” connecting NFL hometowns around the country and proving that, no matter where you come from or for whom you root, we’re all on the Home Team. Throughout the season, each of the 32 players will partner with local Lowe’s associates to make an impact in their own “home” market by surprising local individuals or organizations who represent the cultural fabric of the community with needed project support. Homes represent the belonging, community and team pride that have been bringing NFL fans together every season, and this year, the Lowe’s “Home Team” will help strengthen those connections through virtual fan engagements and unexpected season-long initiatives to help fans feel more connected than ever from home.

“We’re entering what will be the most unique NFL season we’ve ever experienced,” said Marisa Thalberg, Lowe’s Executive Vice President, Chief Brand and Marketing Officer. “Our homes are where football fandom will be taking place this year, but the power of sports, and football in particular, is in how it can unite us in the larger sense of home: our communities and cities. Everyone likes to get behind their home team. And this year, we are giving a whole new meaning to that idea.”

Lowe’s “Home Team” kicks off the retailer’s second season as the Official Home Improvement Retail Sponsor of the NFL, and an even more important one as some of the biggest moments in football are set to come to the home stadium. Over the course of the season, fans will get an up-close look at the DIY and passion projects of some of their favorite current players, deserving Pros will receive surprise calls from NFL Pros and more as Lowe’s brings the NFL community and fans everywhere together to cheer for the “Home Team.”

Additionally, this year, Lowe’s is expanding its overall NFL team partnerships with the Carolina Panthers and Dallas Cowboys to include new season-long partnerships with the Baltimore Ravens, Chicago Bears, Denver Broncos, Kansas City Chiefs, Los Angeles Rams and Tampa Bay Buccaneers, deepening its connections with, access to and support of hometown fans even further.

To get ready for the season, fans can check Lowe’s social channels for inspiration as they turn their homes into their new stadiums and shop more than 10,000 licensed NFL-branded merchandise items on Lowes.com/NFL.

About Lowe’s
Lowe’s Companies, Inc. (NYSE: LOW) is a FORTUNE® 50 home improvement company serving approximately 18 million customers a week in the United States and Canada. With fiscal year 2019 sales of $72.1 billion, Lowe’s and its related businesses operate or service more than 2,200 home improvement and hardware stores and employ approximately 300,000 associates. Based in Mooresville, N.C., Lowe’s supports the communities it serves through programs focused on creating safe, affordable housing and helping to develop the next generation of skilled trade experts. For more information, visit Lowes.com. 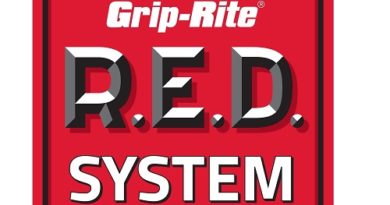