There are special places in every hometown. Some need help to be revitalized. Others need help simply getting off the ground. In celebration of Lowe’s centennial, the company is supporting 100 communities in need across the country with 100 impact projects that were revealed today. Lowe’s combed through more than 2,200 submissions before arriving at the chosen 100, which spans 36 states. Below is a link to view details about all of them on a specially crafted landing page.

“We are inspired by the nationwide response to 100 Hometowns, which brought people from all across the country to share with us their remarkable stories and hope for how their community might be made a little better,” said Marvin R. Ellison, Lowe’s chairman and CEO. “Lowe’s has been dedicated to improving homes, and hometowns, since its founding in 1921, and we look forward to continuing to do so for the next 100 years.”

Among the impact projects are a playground in Randolph, Ohio being built to serve kids with disabilities, and the expansion of a women’s facility in Albuquerque, New Mexico. There’s also the initiative to reopen a legendary youth boxing gym in Washington D.C., and the renovation plan for a shelter in Richmond, California that gave NFL rookie and Lowe’s Home Team member Najee Harris a home when he had none.

Every 100 Hometowns project is expected to be completed by the end of this year, and progress from each project can be seen on social media via #100Hometowns.

The organizations and individual project nominators were overwhelmed with joy when they learned they had been selected for 100 Hometowns. 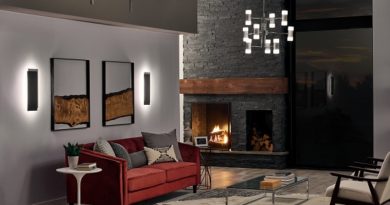