SCOTTSDALE, Ariz.–A new JDA Software, Inc. survey of over 1,000 U.S. consumers found that 27 percent of respondents who experienced technical issues on Amazon Prime Day either gave up without making purchases or purchased less than they had planned. A total of 52 percent of respondents experienced technical difficulties overall during the two-day flash sale earlier this week.

“Our survey revealed that the technical glitches on Amazon’s website and app threatened not only its 36-hour Prime Day sale, but also its reputation as a reliable, online retailer,” said JoAnn Martin, vice president, retail industry strategy, North America at JDA. “With heightened expectations, customers are looking for a frictionless experience when making purchases and they will give their money, and loyalty, to those retailers that can deliver.”

According to the survey, the top platforms to shop on Amazon Prime Day were mobile/tablet (60 percent) or desktop or laptop (53 percent). Only nine percent of the total respondents said they shopped through Whole Foods. Of those who did, 75 percent said that they regularly shop at Whole Foods already and benefited from the discounts. The other 25 percent purposely shopped at Whole Foods during Amazon Prime Day to take advantage of the discounts.

“Prime Day is clearly still an online event, despite Amazon’s attempt to integrate Whole Foods into this year’s promotions,” said Martin. “Since those who already are regular Whole Food shoppers were the ones who benefitted from the discounts, it wasn’t driving additional footfall to brick-and-mortar locations.”

Why people were shopping on Amazon Prime Day

Of those who were able to make purchases, when asked what best described their Amazon shopping experience:

“Similar to Chinese e-commerce giant Alibaba’s Singles Day in the fall, Amazon Prime Day is a way for shoppers to buy items for themselves, as part of the ‘treat yourself’ movement. It shows little effect on spending for other shopping seasons, like the holidays or back-to-school,” said Martin. “Even given the hype and teasers from Amazon ahead of the event, consumers are still making purchases on what is available and on sale, allowing Amazon to get rid of slower moving inventory or overstocked items, which is a smart move for all retailers when considering a flash sale.”

While the retail industry continues to struggle with returns, Amazon Prime Day shoppers plan to keep the items, with 84 percent of respondents stating that they did not purchase items with plans to return some of them (e.g., buying multiple sizes). However, men were slightly more likely (22 percent) to purchase items with plans to return them than women (10 percent).

According to the survey, Amazon Prime Day was not a big driver for back-to-school (BTS) shopping, with 77 percent of respondents stating they didn’t make any purchases specifically for BTS. This changed given the age range of the respondent, with 32 percent of 18-to-29-year-olds and 28.08 percent of 30-to-44-year-olds stating that they used the sale to buy products for BTS.

JDA collected responses from 1,100 US-based consumers, 18 years and older, via a third-party provider to determine the findings of its 2018 Amazon Prime Day survey. The frequency of Amazon shopping varied, with 32 percent of respondents claiming to shop Amazon every few weeks.

JDA Software is the leading supply chain software provider powering today’s digital transformations. We help companies optimize delivery to customers by enabling them to predict and shape demand, fulfill faster and more intelligently, and improve customer experiences and loyalty. More than 4,000 global customers use our unmatched end-to-end software and SaaS solutions to unify and shorten their supply chains, increase speed of execution, and profitably deliver to their customers. Our world-class client roster includes 75 of the top 100 retailers, 77 of the top 100 consumer goods companies, and 8 of the top 10 global 3PLs. Running JDA, you can plan to deliver. www.jda.com 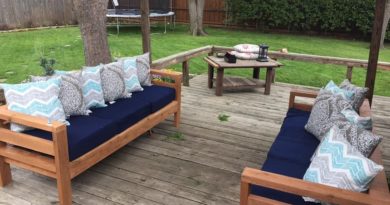