DALLAS–HomeVestors, the original “We Buy Ugly Houses®” company, is asking America to choose The Ugliest House Of The Year® 2019. Vote for the dubious honor now through the end of December at facebook.com/webuyuglyhouses, where the most incredible 2019 house makeovers completed by the company’s franchises are currently on display.

With more than 1,100 independently owned and operated franchises HomeVestors / We Buy Ugly Houses franchisees improve communities in 174 markets across the U.S. one house at a time. Not all of the more than 100,000 houses HomeVestors® franchisees have bought are ugly, but some, including this year’s The Ugliest House Of The Year finalists, are in significant need of repair or improvement.

“This is one of our favorite annual traditions because it showcases the hard work and ingenuity of our franchisees,” said David Hicks, CEO of HomeVestors. “It takes a lot of vision to see the potential some of these properties have, much less to take them through the full rehab and improvement The Ugliest House Of The Year finalists reflect. It’s the ultimate example of what HomeVestors brings to the communities we serve.”

About HomeVestors of America, Inc.

Dallas-based HomeVestors of America, Inc. is the largest professional house buying franchise in the U.S. with more than 100,000 houses bought since 1996. HomeVestors recruits, trains and supports its more than 1,100 independently owned and operated HomeVestors® franchisees that specialize in building businesses based on buying, rehabbing, selling, and holding residential properties. Most commonly known as the “We Buy Ugly Houses®” company, HomeVestors strives to make a positive impact in each of its 174 markets. The company ranked on the 2019 Inc. 5000, has appeared for 12 consecutive years on the prestigious Franchise Business Review’s “Top Franchises,” and for eight years on the annual Dallas 100. HomeVestors has also been recognized as the 20th fastest-growing franchise by Entrepreneur Magazine, and in 2019 ranked 30th on Entrepreneur’s Franchise 500 and 159th on the 2019 Franchise Times Top 200 Franchise Chains by Worldwide Sales. For more information, visit www.HomeVestors.com. 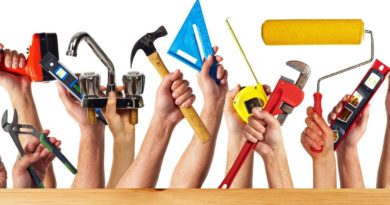 DIY vs Contracting the Work