A complete rebuild of a house and a roof as well as landscaping – recently, 28 Henkel employees from the Adhesive Technologies business unit traveled to Sabana Grande, Puerto Rico, to support recovery efforts following last year’s hurricanes. This trip was another step in the company’s ongoing engagement for local employees and the community.

Hurricane Maria brought major devastation to Puerto Rico and other islands in September 2017. Months later, the 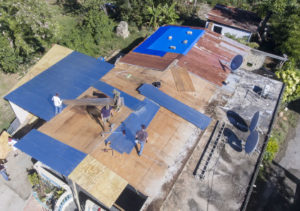 country is still recovering, and for many people in the Sabana Grande town – where Henkel’s Adhesive Technologies business unit operates a manufacturing site – the situation is still difficult today. To assist with rehabilitation efforts following hurricane Maria, a group of colleagues from North America’s Adhesive Technologies leadership teams helped to rehabilitate homes in the local community. The community outreach project was supported by Henkel’s corporate volunteering “Make an Impact on Tomorrow” initiative (MIT). “This trip emphasizes the priority we place on the well-being of our employees in Sabana Grande,” said Simon Mawson, Head of the General Adhesives business area in North America. “We are glad to have had the opportunity to help the community rebuild and recover.”

3 days – 3 projects
During the one-week trip to Puerto Rico, the team demonstrated outstanding commitment when working on three projects. Supported by professional contractors, they rebuilt a house for a Sabana Grande, whose home was destroyed during the heavy storm last year. After three days of measuring, sawing, and construction, the exterior of the house was built. In the upcoming weeks, local building contractors will finish it, so that the owner can move into a fully furnished home, also provided by Henkel.
For their second project, the team reconstructed a partially destroyed roof of a house occupied by a local Henkel employee and her family. Finally, several colleagues helped with landscaping at the Sabana Grande medical facility, which also serves as a community center for the around 25,000 residents of the town.
Besides general clean-up, the team planted several donated palm trees and laid stonework to brighten up the area. “It was great to have our colleagues from North America come to Sabana Grande and see their engagement to support not only our employees, but also the community. This was also appreciated by our local mayor who visited the community outreach projects and expressed his gratitude,” said Rosa Davila-Santiago, Director Plant Operations at Henkel’s Sabana Grande site.

During the three days of the trip, the team worked eight hours a day, in total, they dedicated 672 hours to help the local people in Sabana Grande. The leadership team also met with employees from the Sabana Grande site to hear their stories about what they went through during the storm and their recovery process.

“This trip was a strong signal to our colleagues at the Sabana Grande plant that we stand with them, and will continue to support them and the local community in their recovery efforts,” said Russ Montgomery, Head of Adhesive Technologies’ Supply Chain & Operations in North America and Latin America (North). “Furthermore, it was a great experience for everyone involved.”

Emergency aid to support hurricane relief measures
Following several tropical storms which hit the US mainland as well as the Caribbean islands of Puerto Rico, Dominica, the Lesser Antilles and the Dominican Republic in August and September 2017, Henkel provided emergency aid in the provinces and cities in which Henkel
employees or their families were affected, and helped restore their homes and provide them with everyday needs such as food, clothing and medicine. At the various Henkel locations, employees organized donations of products and sent them to local charities in Houston, Texas. In addition, Henkel employees raised money via a special American Red Cross website to support hurricane relief measures. These donations were matched by the “Fritz Henkel Stiftung” foundation. 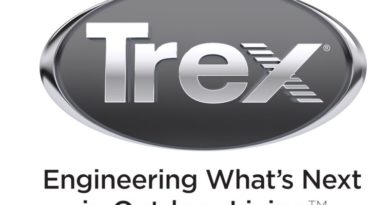