“Moving forward, we remain focused on our strategic priorities which include increased emphasis on organic growth through expanding market share in core products and growing our complementary product lines. We will also continue to pursue strategic acquisitions and greenfield branch openings as we broaden our geographic platform. With a heightened focus on enhanced productivity and profitability across the organization, we are confident that we are well-positioned to capitalize on the growth opportunities ahead and drive value for our shareholders.”

Gross profit of $284.5 million increased 6.1% from $268.2 million in the second quarter of fiscal 2019, as a result of higher sales, both organically and including the positive impact of acquisitions. Gross margin of 33.0% increased 80 basis points from 32.2% a year ago primarily due to net favorable price-cost dynamics, acquisition-related purchasing synergies and product mix.

GMS will host a conference call and webcast to discuss its results for the second quarter ended October 31, 2019 and other information related to its business at 8:30 a.m. Eastern Time on Thursday, December 5, 2019. Investors who wish to participate in the call should dial 877-407-3982 (domestic) or 201-493-6780 (international) at least 5 minutes prior to the start of the call. The live webcast will be available on the Investors section of the Company’s website at www.gms.com. There will be a slide presentation of the results available on that page of the website as well. Replays of the call will be available through January 5, 2019 and can be accessed at 844-512-2921 (domestic) or 412-317-6671 (international) and entering the pass code 13697005.

Founded in 1971, GMS operates a network of more than 250 distribution centers across the United States and Canada. GMS’s extensive product offering of wallboard, suspended ceilings systems, or ceilings, and complementary construction products is designed to provide a comprehensive one-stop-shop for our core customer, the interior contractor who installs these products in commercial and residential buildings.

Use of Non-GAAP Financial Measures

When calculating organic net sales growth, the Company excludes from the calculation (i) net sales of acquired businesses until the first anniversary of the acquisition date, and (ii) the impact of foreign currency translation. 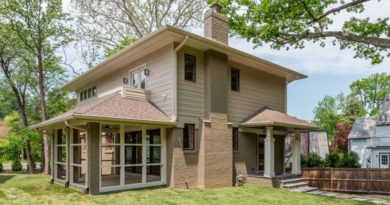