Milwaukee, WI, May 09, 2018 –(PR.com)– Several recent reports have tied a series of residential fires to an outdoor solar light product marketed as “Ever Brite.” In the wake of these reports and ongoing confusion among consumers, Everbrite, LLC, a Greenfield-based manufacturer of various illuminated products, announced today that it is not affiliated in any way with the “Ever Brite” light. According to Alan Lafreniere, Everbrite Board Member, the “Ever Brite” light is a product of Ontel Products Corporation, an “As Seen On TV” company located in Fairfield, New Jersey. Legal action by Everbrite, LLC against Ontel for its unauthorized use of the name “Ever Brite” is pending.

As recently reported by ABC affiliate ABC 57 News in South Bend, Indiana, local fire officials have issued a warning to consumers to remove and discontinue use of all “Ever Brite” lights immediately. As reported by ABC 57 News, this warning comes after the investigation of a fire at a residence in Stevensville, Indiana. The fire reportedly originated in the location of an “Ever Brite” light placed on the side of the residence. Similar reports of fires and explosions linked to the “Ever Brite” light have been made by other local news outlets, including WABI 5 in Bangor, Maine; Fox 8 in Cleveland, Ohio; and WATE 6 in Knoxville, Tennessee.

According to Everbrite, the company has incorrectly received calls and U.S. Consumer Product Safety Commission complaints from consumers mistaking Everbrite for the source of “Ever Brite” light. “We have received hundreds of calls and emails from consumers confusing us for the source of the solar light products since it hit the market,” said Lafreniere. “In the past few months we’ve started to get calls and complaints about fires from very upset consumers. This is an extreme example of the significant consumer confusion that Everbrite has seen since the solar light went on sale.”

About Everbrite, LLC
Everbrite, LLC is a world leader in the visual branding and identity industry. In business since 1927, today Everbrite designs and manufactures point-of-purchase signs, displays, outdoor identity systems, illuminated signs, illumination systems and illuminated consumer products. Its customers include A-list companies throughout the world in markets including automotive, brewery, convenience stores, medical, retail and quick service restaurants, among others. Everbrite employs more than 900 employees located at its headquarters in Greenfield, Wisconsin and domestic manufacturing facilities in Wisconsin, Illinois, Kansas, Virginia and Arizona. 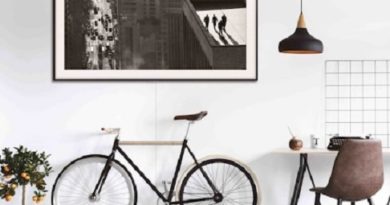 Samsung Transforms Your Living Room with The Frame for 2018