“The economic situation in the United States is unsettling,” Kleinhenz said. “Consumer confidence is down, consumer spending’s rate of growth has slowed, and economists and consumers alike are worried about the possibility of a recession, all reflecting persistently high inflation and rising interest rates. Nonetheless, spending continues to grow, and many economists say a recession – if there is one – will likely be mild.”

“Consumers have become cautious – but they have not stopped spending,” Kleinhenz said. “Growth is not as high as last year, but households continue to spend each month as more jobs, wage growth and savings backstop their finances and help them confront higher prices.”

Kleinhenz’s remarks came in the October issue of NRF’s Monthly Economic Review, which noted that consumer spending held up better than expected in August as overall retail sales reported by the Census Bureau grew 0.3% from July and 9.1% year over year. Year-over-year increases in retail sales have been mostly in the upper single digits since spring, not as dramatic as the double-digit numbers seen most of last year into early 2022 but still healthy.

The Fed, which had kept interest rates low over the past two years to counter the impact of the pandemic, hiked rates another three-quarters of a percentage point in September, bringing its current rate to between 3% and 3.25%. The central bank plans to continue increases until inflation – which was at 8.3% in August – cools to about 2%.

Higher interest rates have driven up the cost of carrying credit card balances or financing a home or car, and the combination of inflation and interest rate worries has consumer confidence at its lowest levels in years despite an uptick in September. But consumers are becoming more optimistic, expecting inflation to be at only 5.7% a year from now, according to an August survey by the Federal Reserve Bank of New York, down from 6.2% expected a month earlier. Consumers expect inflation to be at 2.8% three years from now rather than their earlier expectation of 3.2%, and 2% in five years.

Gross domestic product declined 1.6% year over year in the first quarter and 0.6% in the second quarter, sparking fears since two consecutive quarterly declines in GDP – while not the official definition – typically mark a recession. But the highly respected Blue Chip Economic Indicators panel of business economists, which includes Kleinhenz, is forecasting 1.2% growth in the just-ended third quarter and 0.6% in the fourth quarter continuing into 2023.

Only 38% of Blue Chip economists now believe the Fed will be able to rein in inflation without triggering a recession, down from 51% in August, but 95% say a recession would likely be mild. The panel sees a 42% chance that a recession will begin this year and a 54% chance that it will begin in 2023.

Ace Hardware Set To Open More Than 170 Stores This Year 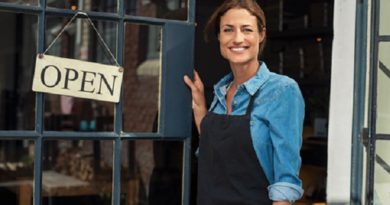