AMERICAN FORK, Utah–Data from the latest Midigator® report, “The Consumer Confessional,” shatters several long-believed assumptions about chargebacks. Thousands of U.S. consumers gave honest feedback about why they dispute purchases and what businesses can do to prevent chargebacks from happening.

Midigator, a company that uses technology to remove the complexity of payment disputes, discovered that 66.67% of consumers always contact the business before requesting a chargeback — and an additional 12.05% said they sometimes do.

This insight gives a fresh perspective on previously-formed assumptions that are nearly a decade old. Contrary to what was commonly believed, consumers do reach out to businesses when they have concerns. However, businesses are failing to solve their customers’ problems.

Moreover, several consumers who went directly to the bank for a chargeback shouldn’t be faulted for their actions. Over 48% said they didn’t recognize the business name on their statement, so they didn’t know who to call. Another 18.32% said they couldn’t find the business’s contact information.

While most merchants work very hard to provide quality products or services in a satisfying way, consumer feedback indicates there is still room for improvement. Ideally, merchants would be just as intent on discovering their own shortcomings as they are detecting criminals and friendly fraudsters.

These consumer comments might not be the most encouraging thing for merchants to hear, but ultimately, the insight is incredibly valuable.

“We have always encouraged data-driven decisions — and this is why,” said Corey Baggett, CEO of Midigator. “Without data analysis, an entire chargeback management strategy would be based on assumptions that may or may not be accurate.”

The complete “Consumer Confessional” report can be viewed here.

About Midigator: Midigator believes the challenges of running a business should be delivering great products or services, not managing payment risk. That’s why the company became the first to use technology to prevent, fight, and analyze chargebacks, providing an efficient and effective alternative to labor-intensive, manual processes. Midigator’s technology removes the complexity of payment disputes so businesses can get back to business. Features like real-time reporting, labor-saving automation, and in-depth analytics benefit businesses of all sizes in all industries. To learn more, visit Midigator.com. 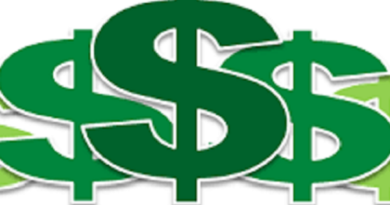 Executive Producer and Host Mike Rowe Teams Up With HomeServe