“With consumer spending accounting for roughly two-thirds of U.S. gross domestic product, all eyes are closely watching shoppers’ ability to drive the economy,” Kleinhenz said. “If consumer finances are any indication, there’s reason to be optimistic: Households remain in good shape, with consumers in the aggregate actually underspending relative to current income. Even though enhanced unemployment benefits have expired and are no longer providing a boost to personal income, the loss is easily offset by the savings stockpiled since the coronavirus pandemic began.”

Kleinhenz’s remarks came in the October issue of NRF’s Monthly Economic Review, which noted that consumers’ mid-summer savings rate of 9.6 percent rate was noticeably above pre-pandemic levels and that income growth going forward should benefit from expected strong employment gains and higher wages while Child Tax Credit checks being issued through December will also provide a bump.

The report comes as COVID-19 has returned as a “major impediment” to consumer confidence because of the delta variant. The seven-day average of both new cases and deaths reported by the Centers for Disease Control and Prevention soared from pandemic lows in early summer to six-month highs in September and remain high despite tapering off. The Federal Reserve attributed a deceleration in economic growth in late summer to a pullback in dining out, travel and tourism as the spread of the virus made the public more cautious. The impact was seen in August when payrolls rose by only 235,000 jobs nationwide, down from a gain of 1.1 million the month before.

In mid-September, the Fed lowered its forecast for gross domestic product growth for the year to 5.9 percent from 7 percent, and the agency expects unemployment to end the year at 4.8 percent rather than 4.4 percent. Inflation as measured by the Consumer Price Index was up 5.2 percent year-over-year in August, fueled by consumer demand and supply chain disruptions, and a Fed survey found consumers expect an equal amount of growth over the next 12 months. Amid those numbers, the University of Michigan Index of Consumer Sentiment fell to 71 in September, far below its pandemic high of 88.3 in April and the lowest confidence level since the beginning of the pandemic.

Despite all that, August retail sales as calculated by NRF rose sharply, up 2.3 percent month-over-month and 12 percent year-over-year. That brought the first eight months of the year to a 15 percent year-over-year gain and on track to meet NRF’s forecast of between 10.5 and 13.5 percent growth for the full year.

“That strong momentum shows there’s a big disconnect between consumer confidence and consumer spending at the moment and that the downdraft in confidence may well be a false scent,” Kleinhenz said. “There’s a saying that you should never underestimate the American consumer – and its corollary is that you should watch what consumers do, not what they say.”

Over the next several months, the labor market is expected to play an increasing role in the economic outlook. While August job gains were lower than expected, the upside surprise was that wage growth had accelerated to 4.3 percent year-over-year, and job openings were at a record high of 10.9 million at the end of July.

“That is a clear indication that demand for labor is still strong and that a lack of available workers – not a lack of jobs – remains the major hurdle to robust hiring,” Kleinhenz said. “With the end of supplemental unemployment benefits taking away financial incentives to stay home and the reopening of schools easing child care responsibilities for parents who want to get back to work, stronger growth should be on its way.” 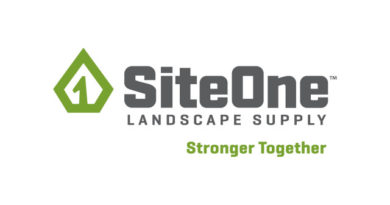 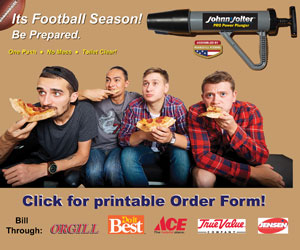