Sometimes, a problem is so bold and frustrating that retailers say, “enough is enough.” Random theft has always been an issue for retailers, yet smash-and-grab mass robberies have taken stealing to a new level. According to the National Retail Federation (NRF), “organized retail crime increased 26.5 percent last year. Everyone has seen outrageous videos showing organized criminals shoplifting thousands or millions of dollars’ worth of merchandise. The targets range from high-end boutiques to grocery stores—no retailer is off limits.

The INFORM Act
Theft is so out of control that the Retail Industry Leaders Association and a cross-section of CEOs representing 21 companies sent a letter to Congress asking for help. “While we constantly invest in people, policies, and innovative technology to deter theft, criminals are capitalizing on the anonymity of the internet and the failure of certain marketplaces to verify their sellers. This trend has made retail businesses a target for increasing theft, hurt legitimate businesses who are forced to compete against unscrupulous sellers, and greatly increased consumer exposure to unsafe and dangerous counterfeit products.”

The group sees the Integrity, Notification, and Fairness in Online Retail Marketplace for Consumers Act (INFORM Act) which Congress passed in late December, as a potential solution for the massive thefts that have plagued retailers in recent years. The bill updates consumer protection laws to protect consumers, consumers, and retailers from stolen goods sold on the black market. Eliminating the sellers who buy and sell the merchandise disincentivizes the mass robberies that supply the end market.

Putting Deterrents in Place
While stores have put surveillance systems and other deterrents in place, some of these options are not popular with consumers or manufacturers. While necessary, putting items behind glass, using steel cables, and requiring shoppers to take empty boxes to the cashier to purchase an item are not consumer-friendly solutions that encourage sales. Manufacturers are working on displays that allow retailers to give shoppers access to products instead of locking them away. Retailers use deterrents because they have few options to combat theft. Deterrents cost money that store owners would prefer to use in other areas of their operations.

No Easy Solutions to Persistent Problem
Acknowledging that there are no easy solutions to the rise in retail thefts, the CEOs feel that any far-reaching answers must start in Congress. In some cases, retail chains like Walgreens have been forced to close stores since staying open in specific locations is a money-losing proposition. Just as important, shoppers and store employees are unhappy and frightened by the situation.

It’s unnerving for shoppers to examine items stored behind bullet-proof glass when an armed security guard stands over their shoulders. On the other hand, working security in retail is problematic since some states have raised the minimum dollar amount for theft to be considered a felony. Also, the probability of being attacked by a gang of criminals increases daily. Many choose to avoid placing themselves in such a precarious position to obtain employment. Retailers must also contend with wary consumers who have returned to shopping in physical stores after the worst days of the pandemic. The last thing they need is for consumers to be afraid to visit stores because of smash-and-grab robberies. Hopefully, the INFORM Act will turn the tide on retail theft. 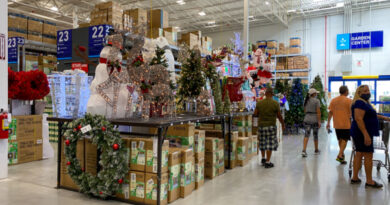