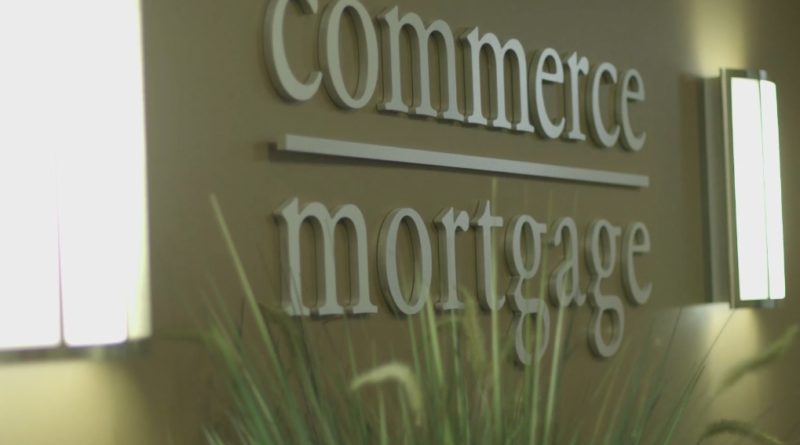 LoanStar’s loan production offices in Oregon, Washington, California, Colorado, Arizona, Texas, Utah, and Hawaii will continue to operate under the LoanStar name as a division of Commerce.

Steven Sugarman, Executive Chairman of The Capital Corps and Commerce, stated, “I am thrilled to partner with LoanStar and its talented professionals for this strategic transaction. Our combined organization will have a strong balance sheet, meaningful scale, and the benefits associated with our certification as a CDFI by the United States Department of Treasury. As Commerce rolls out its proprietary, non-traditional prime mortgage products later this year, our retail loan officers will have a compelling opportunity to meaningfully grow their originations.” Sugarman continued, “Commerce’s expansion throughout the Northwest and Texas has been a top priority. Today’s announcements mark significant progress towards our goal of expanding access to capital in these important regions.”

The Capital Corps will launch its flagship proprietary lending program utilizing its alternative-ATR underwriting methodology during the second half of 2018. The Capital Corps’ non-traditional prime borrowers come from the estimated $100 billion of homeowners seeking mortgages with loan-to-value ratios of less than 65% who are turned down each year due to overly burdensome or technical documentation requirements that do not reflect the loan’s true credit-worthiness.

Michael Baldwin, Chief Executive Officer and Founder of LoanStar, stated “I am excited to see LoanStar join forces with Commerce. Together, we offer the West Coast’s most compelling platform for top performing retail originators. Personally, I am looking forward to working with Steve, Jeff, Scott and Mario to continue to grow our team and our business. By joining forces with The Capital Corps and Commerce, LoanStar now has the tools it needs – a strong balance sheet, proprietary products, and scale – to win in the marketplace each day.”

The Capital Corps’ Vice Chairman, Jeff Seabold, alongside Commerce’s Chief Executive Officer, Mario De Tomasi, and Founder, Scott Simonich, stated “I have been impressed by LoanStar’s people, its tremendous growth, and the leadership of Mike Baldwin and Rick Linn. We are confident that both of our organizations will benefit from this compelling transaction. We welcome them, their originators, and their employees to The Capital Corps.”

Commerce also announced today the hiring of Debbie Weddle as a Regional Production Manager. Ms. Weddle has over 20 years of experience serving the Pacific Northwest including at Caliber Home Loans and Banc Home Loans.

Ms. Weddle commented, “The opportunity to work again with Steven Sugarman, Jeff Seabold and my other colleagues from Banc Home Loans was compelling for me. They know what top loan officers need to thrive – and they have a track record of delivering it. I am energized by this opportunity to focus on growing a great business and helping my teams grow their businesses.”

Rick Cossano, National Production Executive at Commerce, added “Having worked with Debbie at Banc of California and Caliber, I know her to be a leader and top performer. Steven, Jeff and I could not be more pleased to be working with her again to build the retail mortgage platform of choice for top originators.”

National Diversity Coalition President Faith Bautista, who serves as Chair of Commerce’s Community Advisory Board, stated that “I am happy that Commerce is expanding throughout the Northwest and Texas – key markets that are underserved by banks and in need of greater access to capital. Our membership is eager to give credit to the American dream by increasing access to capital in these important regions. We look forward to connecting Commerce with banking partners and others who can help provide the financing and develop the products needed to better serve these underbanked populations.”

About The Capital Corps, LLC

The Capital Corps, LLC gives credit to the American dream by expanding access to prime capital for non-traditional borrowers. The Capital Corps focuses on lending secured by residential real estate and provides credit counseling services to its borrowers. The Capital Corps is certified by the United States Department of Treasury as a Community Development Financial Institution and has partnerships with the National Diversity Coalition, the National Asian American Coalition, and diverse community leaders who participate in its lending process and governance through its Community Advisory Board to ensure its lending programs appropriately reflect the needs of the communities it serves. The Capital Corps’ team is led by its Founders Steven Sugarman and Faith Bautista and co-Founder Jeffrey Seabold. For more information: http://www.thecapitalcorps.com

Commerce Home Mortgage was founded in 1994 and is based in San Ramon, California. Commerce originates home mortgages through its lending offices located in California, Arizona, Colorado, Florida, and Georgia. Commerce is certified by the United States Department of the Treasury as a Community Development Financial Institution. It provides conventional and government mortgages that include federal housing administration loans; VA home loan that are used for various purposes, including purchasing or building a new home, refinancing a current mortgage, repairing or improving existing home, or installing home efficiency measures; and U.S. Department of Agriculture loans to farmers and other qualified borrowers with low to moderate incomes. In addition, it offers traditional and non-traditional prime loans, jumbo loans, reverse mortgages, and loans for foreign nationals. For more information: http://www.commercehomemortgage.com

About The National Diversity Coalition

The National Diversity Coalition is an 501(c)(3) tax-exempt organization that is comprised of community organizers, faith-based leaders, nonprofit directors, and business owners working collectively for greater financial equality and empowerment for underserved groups. Together we work with corporate and government leaders to advocate for greater opportunities in homeownership, small business, and financial literacy for all people. For more information: https://nationaldiversitycoalition.org/

About The National Asian American Coalition