We Americans are complex, opinionated people who love to share our point of view with almost anyone who is willing to listen. But, when it comes to buying products that are Made in America, we are sending mixed messages. In numerous surveys, the majority of people say they care where their shirts, appliances or tools are made. Yet, when it’s time to spend their hard-earned dollars, it’s quite another story.

According to a Reuters-Ipsos poll, 69 percent of respondents said the purchase price is “very important” to them. However, only 32 percent of people ranked making sure the products they purchase are made in America as being “very important.” This being the case, it’s little wonder why Walmart is so successful in motivating shoppers to beat a path to its door.

Consumer Reports also conducted a surveyed about U.S. made products.

But, the desire to “buy American” and “shop local” is gaining speed—especially among millennials who frequently shop at small businesses and buy hand-made products sold in their communities. In the minds of many, American made products are considered to be of higher quality than those made overseas.

These millennials are doing more than “talking the talk” when it comes to spending on sustainable goods. In A 2015 global online survey conducted by Nielsen, 66 percent of the 30,000-plus respondents said they would be willing to pay extra for sustainable goods. But, 73% of millennials say they are willing to pay extra for products that are earth-friendly and help people.

This is still a relatively new concept for baby boomers. Consulting firm A.T. Kearney notes, “consumers are shifting towards values not value, Gen Xers, millennials and Gen Z are more likely than baby boomers to look for brands and retailers that do good for the world.”

As the prices of imported products slowly rise due to better wages and higher standards of living in developing countries, the prices for Made in America products will become less of a barrier for consumers since costs will be more competitive.

Retailers, who want to support and sell Made in America products should consider all of these factors when deciding the types of products that specific groups of customers will want to buy for emotional and practical reasons. 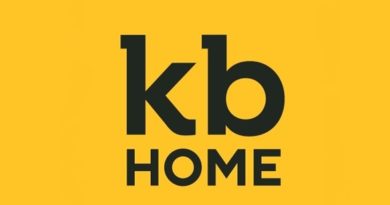