Lots of Lowe’s customers stop Jon Zandstra in the Grandville, Michigan store – and not just to ask him a question about plumbing. They wonder what all the badges on his vest mean.

He’s earned 18 service star patches – most of them thanks to customers who have taken the time to let Lowe’s know about the above-and-beyond service Zandstra provides on a daily basis.

“They’ll ask, ‘What did you get those for?’” he said. “And when I tell them, they’ll sometimes say, ‘Yeah, I can see that because you seem very passionate about what you do.’ And I really am. Lowe’s is a fantastic place to work.”

Lowe’s strives to be a fantastic place to shop, too. Zandstra is emblematic of the company’s culture. Lowe’s associates will be there to guide you, whether you’re looking for something that’s just plain fun (a barbecue grills, pool floats) or an absolute necessity. It’s who we are.

“If we could hire, train, and develop all of our associates to be inspired to take care of our customers like Jon does,” said Store Manager Malinda Meyer, “we would not have competition. It’s that simple.”

When many customers approach Zandstra, they may be apprehensive.  They’ve decided to take on a DIY plumbing project, and there are all kinds of ways that could go wrong. Installing a shower door is one thing. Toilets, sinks, faucets and disposals are more involved.

I enjoy going to work every day and working with the people I work with. It’s a great atmosphere.

Zandstra had to coach one frazzled customer over the phone after a pipe broke during a toilet installation. That’s what he’s there for. He views himself as a problem solver.

“A lot of times, customers are attempting an installation of something for the first time,” he said. “I try to walk them through each step and tell them everything they’ll need for the job.”

There’s a joke in the plumbing department that a DIY plumbing project always involves more than a one trip to the store. Zandstra lets customers in on the joke and tries to help them think through every tool they’ll need. “People try to make it in one stop, but that doesn’t always happen,” he said.

In Zandstra, customers find someone who’s not only an expert in his field, but also a patient teacher. He spent 20 years in the construction industry – heating and cooling, specifically – before joining Lowe’s six years ago as a delivery driver, a position he held for two-and-a-half years before joining the sales force.

“I missed my calling years ago,” he said. “I should have always been in retail. I love it.”

And customers love him. Some come in, stop at the service desk and ask if Zandstra is working that day. In addition to being a problem solver, he’s also a relationship builder. “If you’ve got a happy and satisfied customer,” he said, “you have a customer who’s going to return.”

He’s modest about his success. (The awards sort of do the talking for him.) He was reluctant to mention this, but his store manager, Malinda Meyer, insisted.

“About two months ago, I was nominated for and received a regional award for customer service,” Zandstra said. The award came from Lowe’s regional vice president, Michael McCarthy, for S.M.A.R.T. customer service for the entire region, which includes Michigan, Ohio, Indiana and Illinois. S.M.A.R.T. is an acronym that stands for:

“That came as a complete surprise,” Zandstra said. “I was very honored and very humbled.”

But mostly, he’s very happy. “Work isn’t supposed to be this much fun,” he said. “I enjoy going to work every day and working with the people I work with. It’s a great atmosphere.”

As first published at: https://corporate.lowes.com/newsroom/stories/inspiring-people/associate-customer-service-award-its-who-we-are

StoreBound’s Glenn DeStefano Elected to IHA Board Of Directors 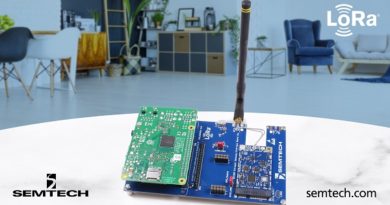