Ace Hardware, the largest retailer-owned hardware cooperative in the world, has already opened 130 new stores in 2022, and is planning to open at least an additional 40 stores in Q4 for more than 170 by the end of the year.

Ace operates more than 5,600 locally owned hardware stores in all 50 states and 65 countries, with global sales topping $20 billion. Ace’s unique cooperative business model offers local entrepreneurs not only the ability to become owners of their local store operation, but they also become one of a limited number of shareholders of Ace Hardware Corporation.

“With 130 new stores already opened for the year, we remain enthusiastically bullish about the continued prospect for new store growth,” said Ace Hardware President and CEO, John Venhuizen. “I applaud our local Ace owners for the pace with which they’ve integrated our digital efforts with our physical assets. Seventy percent of acehardware.com orders are picked up in store and 20% are delivered to customers by our own red vested heroes, thus further advancing the relevance and necessity of our neighborhood stores.”

Globally, Ace has opened more than 900 stores in the past five years, while disbursing dividends of $314 million and providing a 43 percent return for Ace shareholders in 2021.

Ace Hardware has continued to earn multiple industry accolades this year, including #1 in Customer Satisfaction for the 15th time in 16 years by JD Power and Associates, being named one of the Best of the Best Franchises by Entrepreneur Magazine, and ranking 5th among the top 500 largest franchise systems based in the U.S., according to Franchise Times.

Ace Hardware is the largest retailer-owned hardware cooperative in the world with more than 5,600 locally owned and operated hardware stores in approximately 65 countries. Headquartered in Oak Brook, Ill., Ace and its subsidiaries operate an expansive network of distribution centers in the U.S. and have distribution capabilities in Ningbo, China; and Santa Catarina, Mexico. Since 1924, Ace has become a part of local communities around the world and known as the place with the helpful hardware folks. In 2022, Ace ranked “Highest in Customer Satisfaction with Home Improvement Retail Stores” according to J.D. Power, fifteen out of the last sixteen years. For more information, visit acehardware.com or newsroom.acehardware.com. 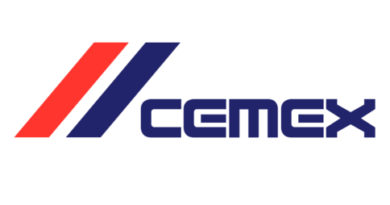