“My sincere thanks to the entire Ace team for their determined and relentless pursuit of our three strategic imperatives – service, convenience, and quality – which delivered yet another quarter of record sales and profit,” said John Venhuizen, President & CEO.  “Revenue and income were up 10 percent and 1.3 percent, respectively for the quarter. They now stand 44 percent and 66 percent higher than just three years ago.  Despite, and in some cases because of rampant inflation, the Ace team continues to deliver superior financial results and exceptional customer service to and for our neighbors.”

The approximately 3,600 Ace retailers who share daily sales data reported a 5.8 percent increase in U.S. retail same-store-sales during the third quarter of 2022.  Estimated retail inflation of 11.2 percent helped drive the 9.5 percent increase in average ticket.  Same-store transactions were down 3.4 percent.

Receivables increased $100.3 million from the third quarter of 2021 due to higher sales volumes and datings for seasonal programs.

Inventories increased $228.4 million from the third quarter of 2021.  Approximately half of this increase is due to vendor cost inflation while the remainder is due to the intentional build-up of inventory as a hedge against supplier shortages and to increase fill rates to our Ace Owners.  The late arrival of spring weather in 2022 resulted in an overstock of patio and lawn and garden inventory that will be carried over into the 2023 spring selling season.

Ace Hardware is the largest retailer-owned hardware cooperative in the world with over 5,600 locally owned and operated hardware stores in approximately 65 countries.  Headquartered in Oak Brook, Ill., Ace and its subsidiaries operate an expansive network of distribution centers in the U.S. and have distribution capabilities in Ningbo, China; and Santa Catarina, Mexico. Since 1924, Ace has become a part of local communities around the world and known as the place with the helpful hardware folks. For more information, visit acehardware.com or newsroom.acehardware.com.

In 2022, Ace ranked “Highest in Customer Satisfaction with Home Improvement Retail Stores” according to J.D. Power, fifteen out of the last sixteen years. 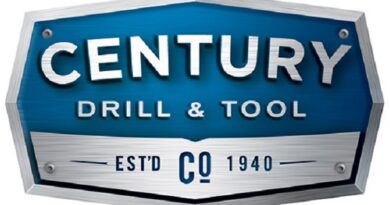