Heubner joined Ace Hardware in 1983 in the IT department and quickly rose up through the organization to become a director. In 2004, he took a position on Ace’s Technology Value Team within Retail Operations and was then tapped in 2007 to help lead a special retail project. In his next role, Heubner lead Operations Development and Retail Training until he was promoted in 2015 to the position of President and General Manager of Ace International, a subsidiary of Ace Hardware.

“Jay is one of the most effective, highest character, servant-hearted leaders I know,” said John Venhuizen, President and CEO of Ace Hardware. “His wise, encouraging influence has had a significant impact on the business and made Ace a better place. I am grateful for Jay’s contributions and wish him and his family all the best as they embark on this exciting new chapter.”

Over the coming weeks, Heubner will focus on ensuring a smooth leadership transition for Ace International.

Prior to this role, Goh held several leadership positions across various industries including a Vice President position at Singapore Airlines, CEO of 7-Eleven Singapore and CEO of Cold Storage, a grocery chain throughout Singapore.

“David has a remarkable track record of success in growing businesses and transforming the customer experience,” said Venhuizen.

Goh and his family will be relocating from the Philippines to Singapore to be closer to Ace International’s highest growth regions.About Ace Hardware

Ace Hardware is the largest retailer-owned hardware cooperative in the world with more than 5,300 locally owned and operated hardware stores in approximately 70 countries. Headquartered in Oak Brook, Ill., Ace and its subsidiaries operate an expansive network of distribution centers in the U.S. and have distribution capabilities in Ningbo, China; Colon, Panama; and Dubai, United Arab Emirates. Since 1924, Ace has become a part of local communities around the world and known as the place with the helpful hardware folks. For more information, visit acehardware.com or newsroom.acehardware.com. 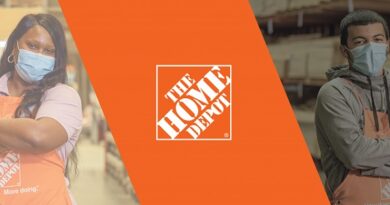