Ace Hardware is among the top one percent of franchise business opportunities in the world, according to Entrepreneur magazine’s annual “Franchise 500” for 2022. Ace ranks 12th out of 1,177 franchise businesses analyzed and of 500 ranked, according to Entrepreneur. The Irvine, Calif.-based publisher hasproduced the storied ranking for 43 years, since 1979.

Entrepreneur’s Franchise 500 is the oldest and most comprehensive franchise company ranking in the world, assessing unit growth, financial strength, stability, and brand power. It scores 150 data points, with the highest cumulative scores becoming its Franchise 500 ranking. “We are honored to be ranked highly in Entrepreneur’s 43rd annual Franchise 500,” said John Kittell, Vice President of Retail Operations and New Business at Ace Hardware. “Helping locally based entrepreneurs to independently own profitable businesses, often in the neighborhood in which they live, supported by our trusted global brand, industry leading products and services is the backbone of our company.”

“Recognition by Entrepreneur is really a testament to our retailers around the country that live our brand promise every day by serving their communities,” he said.

Ace ranked first in the Franchise 500’s “Miscellaneous Retail Businesses” category. Overall, it improved its ranking from 23rd overall in 2021.

“The companies named to this year’s list showed us how being resilient, supportive, and nimble can help navigate extraordinary challenges and also underscore the grit and innovation that define entrepreneurship.”  said Entrepreneur Editor in Chief Jason Feifer.

In December, Redwood City, California-based Reputation ranked Ace Hardware as the second most beloved retailer in America. The firm analyzed 3.7 million Google reviews to calculate a “Reputation Score” for each; Ace Hardware scored highest for “consumer sentiment” and “shopper engagement.”

About Ace Hardware
Ace Hardware is the largest retailer-owned hardware cooperative in the world with more than 5,500 locally owned and operated hardware stores in approximately 70 countries. Headquartered in Oak Brook, IL., Ace and its subsidiaries operate an expansive network of distribution centers in the U.S. and have distribution capabilities in Ningbo, China; Colon, Panama; and Dubai, United Arab Emirates. Since 1924, Ace has become a part of local communities around the world and known as the place with the helpful hardware folks. For more information, visit acehardware.com or newsroom.acehardware.com. 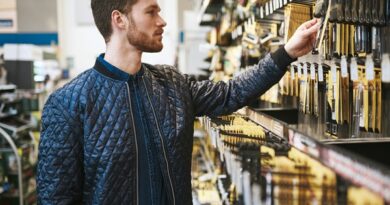 Get More Customers – Promote ‘Shop Local’ this Season and Year Around