“Retail sales data continues to show impressive consumer resilience,” NRF President and CEO Matthew Shay said. “Despite all that’s been thrown at them including inflation, supply chain constraints, market volatility and significant geopolitical events, consumers remain able and willing to spend. Retailers are nimble and are dedicated to serving their customers with great experiences, great products and services at the best possible prices they can. Our outlook remains constructive, with solid retail sales growth for all of 2022 increasing by 6 percent to 8 percent. Consumer financial health can continue if current pressures in the economy are moderated by sound policy decisions that do not compound the challenges our economy is already facing.”

“February retail sales reflected continued strong labor market conditions but were certainly affected by higher consumer prices,” NRF Chief Economist Jack Kleinhenz said. “With the highest levels in 40 years, there is no doubt continued increases in inflation are hitting household purchasing power and likely restraining spending. We shouldn’t be surprised by the slower pace of sales given that purchases had surged in January and the upward revisions made to those numbers. And the double-digit year-over-year increase was expected given that much of the economy was still in stay-at-home mode a year earlier. February’s sales are another sign of the economy’s resilience, but the conflict in Europe is an increasing headwind that could dampen spending around the globe.”

The U.S. Census Bureau today said overall retail sales in February were up 0.3 percent seasonally adjusted from January and up 17.6 percent year-over-year. That built on a monthly increase of 4.9 percent in January over December – more than a percentage point higher than the original estimate of 3.8 percent – and January’s 14 percent increase year-over-year. Despite occasional month-over-month declines, sales have grown year-over-year every month since June 2020, according to Census data.

Under the same calculation, NRF forecast this week that 2022 retail sales will increase between 6 percent and 8 percent to total between $4.86 trillion and $4.95 trillion.

February sales were down in two-thirds of categories on a monthly basis but up across the board on a yearly basis, with year-over-year gains led by clothing and building materials stores and online sales. Specifics from key sectors include:

Grainger Reports Results For The Fourth Quarter And Full Year 2020 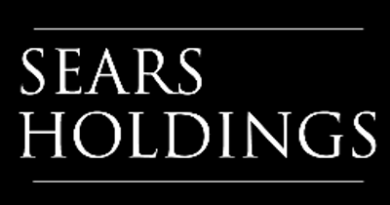